BY Janette E Smith on May 8, 2015 | Comments: 5 comments
Related : Soap Opera, Spoiler, Television, The Young and the Restless 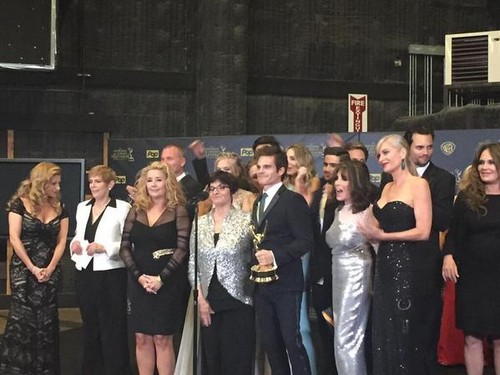 “The Young and the Restless” spoilers tease that big twists and turns lie ahead. However, it’s beginning to look like Y&R writers are losing their focus. First, we had the confessional occupant mystery. Victor (Eric Braeden) dropped a hint that no one could find out he and his partner knew each other. When Jack’s (Peter Bergman) doppelganger was revealed in the confessional, it left many viewers scratching their heads. Jack and Victor have been interacting for 30 years. Why would it matter if people found out they knew each other? A good soap is all about the details and it seems as if they’re being overlooked.

Of course, we can’t forget about this whole cabin-killer debacle. From the get-go, this storyline has been a big mess. Fenmore (Max Ehrich) is a recovering addict, but he still admitted spiking the punch and drinking some himself. Kyle (Lachlan Buchanan) showed up out of nowhere and immediately drew suspicion. After Kyle latched on to Summer (Hunter King), he began pointing the finger at Sharon (Sharon Case). Kyle admitted to writing the lipstick message to scare Sharon into confessing. However, when it’s all said and done, it looks like Kyle was just a red herring. Kevin (Greg Rikaart) has been the leader of the Scooby Doo Gang, but the killer is obviously computer savvy. We might as well throw Kevin on the suspect list because “The Young and the Restless” could go anywhere at this point, not to mention Kevin’s extremely twisted criminal past.

There have been clues popping up everywhere, but it almost feels like Y&R writers are just throwing stuff out to see what sticks. Courtney (Kelli Goss) was killed for the surveillance footage she watched and some speculated that she might have seen fake Jack perhaps meeting Victor. However, it became clear that someone is framing Sharon and it called that theory into question. Sharon’s fingerprints were found on the murder weapon and Courtney’s necklace was found in her trunk. Then, there was the doctored still shot from the footage. Now Sharon’s off the hook and this whole experience has brought her closer to Dylan (Steve Burton). It seems like setting up Sharon really served no purpose other than to push Dylan and Sharon together. 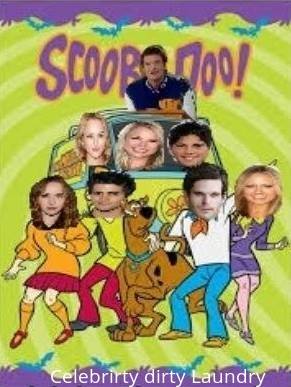 Stitch (Sean Carrigan) and Abby (Melissa Ordway) were also thrown into the mix so they could become a couple. They really aren’t adding much of anything to the storyline, but the writers seem to be using the cabin-killer scenario as a way to make some updates to Genoa City’s relationships. That’s all fine and dandy, but it’s starting to make everything more than a bit muddled. Detective Harding (Chris McKenna) could soon be inserted in this storyline, as we have suggested, and create even more confusion. Harding is scheduled to return to the Y&R canvas in June 2015 and that timing fits the possibility that he is deeply incolved in the Scooby Doo Gang murders. There’s just no end to the madness.

In the end, “The Young and the Restless” writers could be making this up as they go along. Who knows what the original plans for these storylines were? In an attempt to make younger characters relevant and set up new pairings, they’ve sacrificed the flow and direction of the stories. Good mysteries keep viewers engaged as they follow along, but Y&R’s mysteries could lose viewers as they fall apart. The rumors say things will only get crazier from here. Stay tuned to the CBS soap and maybe you’ll get some sort of resolution. Remember that there is an outside chance that Austin is in fact not dead and might be the one orchestrating the mayhem! Did Courtney see an alive Austin on the surveillance tape, is that what cost her her life?

So Y&R fans, what do you think about all the holes and filler in the recent storylines? Do they mean bad news for the future of the show? Let us know what you think in the comments below and don’t forget to check CDL tomorrow for the latest “Young and the Restless” spoilers, rumors, updates and news.