‘The Young and the Restless’ Spoilers: Victor Rehires Gabe – Neil’s Raging Desire for Revenge – Bitter Cane Lashes Out at Lily 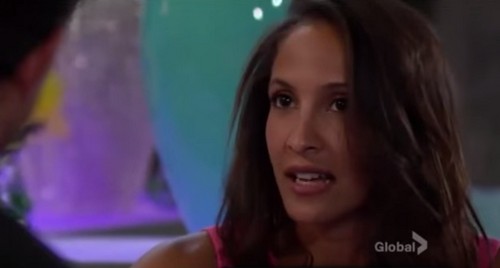 “The Young and the Restless” spoilers for Wednesday, July 29, tease that Gabriel (Justin Hartley) will head to the police station to see Paul (Doug Davidson). Since Paul will be in the hospital, Detective Harding (Chris McKenna) will be the one Gabe encounters. Harding will say he’s placing Gabriel under arrest for obstructing an officer and he’ll begin the fingerprinting process. At the last minute, the judge will call and inform Harding that Gabriel should be released.

At the hospital, Christine (Laralee Bell) will insist that Paul needs to take a leave of absence. Dylan (Steve Burton) will agree that Paul should take it easy. Paul will say he’ll at least rest for now. Later, Dylan will show up at the police station and learn that someone pulled some strings for Gabriel. Dylan will also give Detective Harding updates on Paul’s mild heart attack. Once he’s done, Dylan will head back to Paul’s room and make sure he’s doing OK. They’ll share a nice moment when Dylan says he wants Paul to stick around for his grandchild.

Meanwhile, Billy (Burgess Jenkins) and Phyllis (Gina Tognoni) will wonder why Jack (Peter Bergman) isn’t eager to get back to the company. Jack will reply that he wants to focus on being a husband. Phyllis will feel like something is off with Jack. Gabriel will knock on the door and Phyllis will comment on his bad timing.

After Phyllis steps out, Adam (Justin Hartley) will gripe about the way Jack trashed him to Chelsea (Melissa Claire Egan). Jack will want Adam to hang in there and fight for the woman he loves. Talk will turn to bringing down Victor (Eric Braeden). Jack will assure Adam that he’ll have his chance at vengeance. Later, Jack will make plans with Phyllis for a new honeymoon in Istanbul.

Other “Young and the Restless” spoilers reveal that Billy will try to settle an argument between Victoria (Amelia Heinle) and Abby (Camryn Grimes). Gabriel will arrive and give them the news that the police dropped the charges against him. Billy will order Gabe to get out, but Victor will pipe up that he isn’t going anywhere. Victor will declare that Jack is on board with Gabriel being at the company and everyone else should be as well. Billy will protest, but Victor will let him know that he can resign if he doesn’t like it.

In a moment alone, Gabriel will wonder what Victor’s angle is. Victor will question the change in Gabriel’s story about the shooting in the park. They’ll begin to argue and Victor will urge Gabe to be grateful. Gabriel will snap back that he doesn’t have a thing that he wants. At the athletic club, Colin (Tristan Rogers) will ask Cane (Daniel Goddard) about his push to gain custody of his kids. Cane will say Lily (Christel Khalil) doesn’t deserve their children.

Lily will have a chat with Devon (Bryton James) and Hilary (Mishael Morgan) about their upcoming wedding. Cane will appear and make a snarky comment about their vows. Cane will add that there are three adulterers right in front of him. Devon and Lily will try to get Cane to stop his rant. At the park, Nikki (Melody Thomas Scott) will try to convince Neil (Kristoff St. John) to quit torturing himself over Devon and Hilary. Neil will assure Nikki that he doesn’t want a drink. Instead, Neil wants to “crush their dreams and leave them in the darkness.” Y&R rumors hint that Neil may soon get his revenge. Stick with the CBS soap to see what Neil has in store for Hilary and Devon.