‘The Young and the Restless’ Spoilers: Who is Marco’s Next Murder Victim – No One Is Safe – Killer Strikes Again?

BY Heather Hughes on August 3, 2015 | Comments: one comment
Related : Soap Opera, Spoiler, Television, The Young and the Restless 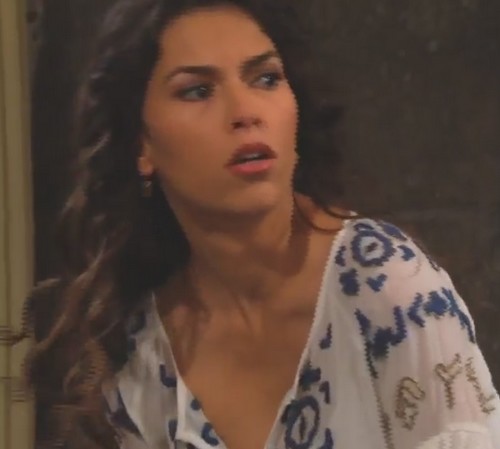 “The Young and the Restless” spoilers reveal that danger is lurking in the shadows this week on Y&R. The weekly preview tells us that no one is safe in Genoa City. Everyone that Jack (Peter Bergman) knows could face extreme peril. Now that we know Marco (Peter Bergman) is alive, there’s a serious threat. If Marco is indeed the cabin killer, he could soon strike again. Austin (Matthew Atkinson) and Courtney (Kelli Goss) are already out of the picture (at least for now). “The Young and the Restless” rumors hint that another character may fall prey to Marco’s deadly tactics. We have to wonder: who could be Marco’s next victim?

Marisa’s (Sofia Pernas) life is definitely at stake. Marco already planned on killing her once, but Marisa managed to veer the car into the lake. Marisa is a relatively new character and viewers haven’t had time to get too attached to her yet. It’s very possible that Marco could successfully murder Marisa on his next attempt. Poor Noah (Robert Adamson) would probably start thinking he was cursed if he lost both his fiancé and his new love.

Of course, the whole “Scooby Doo” gang is really at risk. Kevin (Greg Rikaart) in particular is always stirring up trouble. Marco may be worried that Kevin is putting too many pieces of the puzzle together. Kevin might just be too smart for his own good. Since Kevin is the ringleader of the cabin crew, maybe Marco will try to put a stop to the sleuthing once and for all.

Gabriel (Justin Hartley) and Phyllis (Gina Tognoni) could also be in harm’s way. They know too much and that’s never a good thing. As the mastermind behind this operation, Victor (Eric Braeden) could also face Marco’s wrath. Victor has brought a menacing force into town and it’s out of control. Even Jack himself isn’t safe. Whether Marco succeeds with his next attempt or not, there’s a good chance he’ll try to cause another casualty in Genoa City. Besides, it just wouldn’t be “The Young and the Restless” unless someone was in the hospital fighting for his or her life. Is another death or serious injury on the way? Stick with CDL for updates on the danger to come.

So Y&R fans, what do you think about the news that Marco could strike again? Who is Marco’s top target? Voice your opinion in the comments below and don’t forget to check CDL tomorrow for the latest “Young and the Restless” spoilers, rumors, updates and news.

When the lights go out, the darkness begins. No one is safe this week on #YR!