‘The Young and the Restless’ Spoilers: Who’s Victor Newman Talking To In The Hospital Chapel Confessional Box? 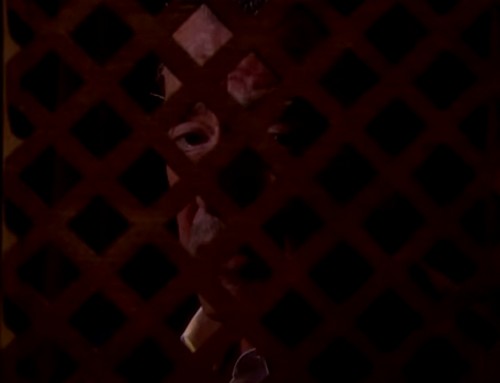 The Young and the Restless spoilers are leaking some new information on who the mystery person Victor Newman [Eric Braeden] might be talking with at the hospital chapel confessional box. We are assuming it is definitely someone who has it in for Jack Abbot [Peter Bergman]. The Young and the Restless news briefs can only think of one other person who wants to see Jack suffer more than Victor Newman does. It is Jack’s ex wife, Patti Williams [last played by Stacy Haiduk]!

Victor brought Patti back to Genoa City a few years ago to cause havoc in Jack’s life. Victor even arranged for Patti to have plastic surgery to fool Jack into thinking she was Dr. Emily Peterson [last played by Stacy Haiduk]. When the truth finally was revealed that Dr. Peterson was in fact Patti Williams, Jack lost his beloved niece, Colleen Carlton, [Tammin Sursok] whom Patti shot. A short time later, Patti returned to GC once again. This time, she shot Jack, which left him paralyzed and addicted to pain medication.

One of the last times Patti was seen in Genoa City, she was seen wearing a nun’s outfit. Another clue the Young and the Restless spoilers picked up on was Detective Paul Williams [Doug Davidson], brother of Patti Williams, phoning ‘his brother’ Father Todd Williams looking for prayers for his injured wife Christine [Lauralee Bell], their unborn child, and himself during Christine’s emergency surgery after she was struck by a car.

If Victor indeed has involved Patti again in his plan to take down Jack, what part will she be playing? Can Kyle Abbott [Lachlan Buchanan], Jack’s son with Diane Jenkins [last played by Maura West], be part of this mysterious plot also? If you recall, Jack was married to Patti when she caught him cheating on her while in bed with Diane Jenkins. She shot Jack way back then, too. The presence of a much younger Kyle last time was more than enough to set off an unstable Patti who suffers from multiple personality disorder and mental issues. Do you think Patti could be in the confessional box working with Victor or do you think perhaps it’s someone else? Let us know in the comment section below. Continue checking CDL for more up to date The Young and the Restless spoilers, news and rumors.