BY Amanda Austin on January 28, 2015 | Comments: one comment
Related : Gossip, Soap Opera, Television, The Young and the Restless 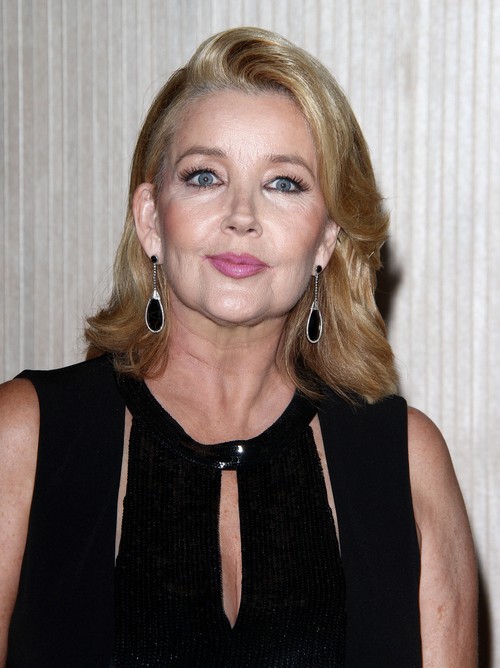 The Young and the Restless star Melody Thomas Scott is most well known for her portrayal of matriarch Nikki Newman on the CBS soap. However, recently Melody has the internet buzzing over some personal drama in her life – that sounds like something that would only happen to a character on a daytime drama. Melody Thomas-Scott took to the Internet recently and revealed to her friends that she had suffered some major medical problems, and shored some horrifying details about a scary reaction to the medicine she was prescribed by her doctor.

The January 19th edition of GLOBE Magazine reveals, “Melody’s problems began in mid-November after she had been suffering from a sinus infection and hellish cough for about two weeks. She didn’t have a regular doctor at the time, but feeling awful and desperate to get back to work on the CBS soap, she visited a new physician. Initial test showed nothing out of the ordinary, she the doctor prescribed codeine cough syrup, steroids, and antibiotics, then sent the TV star on her way.”

According to a brutally honest and slightly disturbing essay that Melody Scott-Thomas posted online recounting the events of her illness – after she took her prescriptions the soap star claims that she started hallucinating and suffering from paranoia and thinking people were after her. Thomas also revealed that she lost the sense of her taste buds, was suffering from a fever, and vomiting uncontrollably. Thomas’s hubby Edward rushed her back to the emergency room – and physicians insisted that The Young and the Restless star was fine and sent her home. Melody reveals that after weeks of hell and some life-saving acupuncture she is finally on the mends and the hellish side-effects of her prescriptions have subsided and she returned to work on the CBS soaps.

Everyone seems to react to prescriptions and medications differently, it is bizarre for steroids and antibiotics to have that kind of effect on someone, but it is not out of the realm of possibility. We are just glad that Melody Scott-Thomas has overcome the side-effects that made her life a living hell and is back on the Y&R set. It would not be The Young and the Restless without Melody playing the part of Nikki Newman!