‘The Young and the Restless’ Spoilers: Chelsea and Gabriel Share First Kiss – Billy Sues Victoria For Full Custody of Kids? 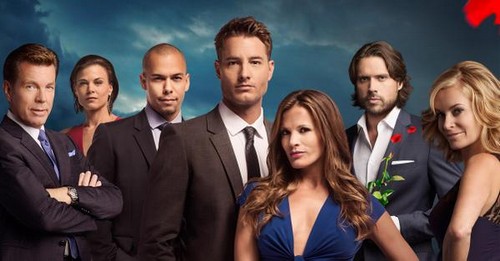 “The Young and the Restless” spoilers are giving some revealing insights into Chelsea Newman (Melissa Claire Egan) and Billy Abbott’s (Burgess Jenkins) relationship woes. We are hearing Y&R rumors that the pair may be on the verge of an all out break up. Adam (Justin Hartley) has been charming his real wife Chelsea lately posing as Gabriel Bingham.

At first, Chelsea wasn’t sure what to make of those ‘familiar’ feelings she was having towards him, but the rumors are teasing about what those ‘familiar’ feelings actually are. We are learning that Chelsea finally realizes she has much more in common with her new neighbor, Gabriel, than with her live-in boyfriend, Billy. The YR news is ready to break the news about Gabriel and Chelsea’s first passionate kiss!

Billy is now consumed with the welfare of his children, Johnny, Katie, and his ex-wife Victoria (Amelia Heinle) and her in new live-in boy friend, Stitch (Sean Carrigan). This now is giving Adam plenty of time to entertain Chelsea and make good on his plan to have her fall in love with him all over again before he reveals his true identity as her long lost husband, Adam Newman.

The Young and Restless fans have been hoping for a reunion of Chelsea and Adam with their son Connor for some time now. We are also hearing rumors that Billy is so upset that another man (Stitch) is playing daddy to his children that he decides to take Victoria to family court and fight for full custody of his children. The fact that Johnny is really Chelsea’s biological child and Victoria has already lost custody of her son Reed to his father in the past, Billy sees this playing out as a slam dunk case.

But without Chelsea’s full support can Billy actually win his custody battle? When Chelsea becomes aware that Billy is actually trying to rip his children away from their mother, the pressure gets too overwhelming for her to handle and she turns to Gabriel for comfort. Do you think Billy will win if he tries for full custody of his children? How will Chelsea feel when she finds out Adam has been alive all this time and never told her?

These are two of the better storylines the “Young and the Restless” has aired. Let us know your opinions in the comments below and don’t forget to check CDL tomorrow for the latest YR spoilers and news.