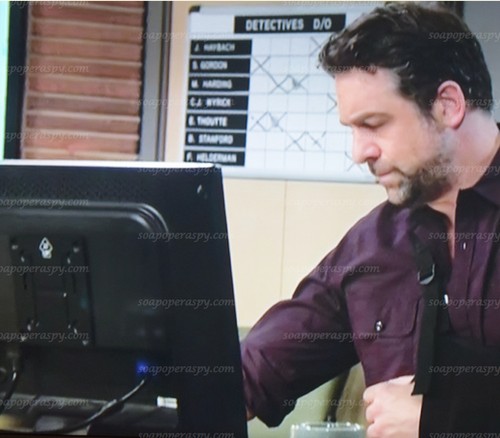 “The Young and the Restless” spoilers for Tuesday, August 18, tease Y&R episode that will surprise fans and deepen the intrigue. Victor (Eric Braeden) will barge past the police tape and head into his office. Nick (Joshua Morrow) and Victoria (Amelia Heinle) will follow behind him. They’ll ponder what Marco (Peter Bergman) is up to. Victor will remind them that the Paragon Project is quite serious and they shouldn’t underestimate the people involved. Victor will urge Nick and Victoria to stay out of this mess for their safety.

Paul (Doug Davidson) will question Jack (Peter Bergman) and Phyllis (Gina Tognoni) at the police station. Jack will say he doesn’t know why Marco would’ve come after him. Paul won’t buy it and he’ll press Jack on the issue. Phyllis will say they should tell the truth and she’ll make up a story that Jack worked with Marco years ago. Phyllis will add that Jack stopped once they knew Marco was a criminal. Paul will wonder why Jack kept quiet about this for so long.

Meanwhile, we’ll learn that Marco shot Detective Harding (Chris McKenna) in the arm to divert suspicion. Kevin (Greg Rikaart) will feel bad that he accused Harding of being connected to Marco and he’ll vow to find the real killer. Later, Kevin and Dylan (Steve Burton) will talk about the case. When Harding comes over, Dylan will suggest that they should go over the scene of the crime again.

Other “Young and the Restless” spoilers reveal that Ashley (Eileen Davidson) and Billy (Burgess Jenkins) will discuss the Paragon Project. Billy will assure Ashley that he’s not the one behind it. Ashley will fear that Jack is keeping something from them. Talk will turn to John (Jerry Douglas) and what he’d think about everything that’s happened. After Ashley departs, Billy will try to make up with Victoria. Billy will say that Victoria is all that matters to him and he just wants to be with her. They’ll argue about the drama going on with the Newmans and Abbotts.

Sage (Kelly Sullivan) will thank Nikki (Melody Thomas Scott) for inviting her to a brunch. It seems Nikki wants to get to know Sage a bit better so she can plan her baby shower. A few minutes later, Phyllis will come in and Nikki will say she’s sorry to hear the news of her recent ordeal. Phyllis will snap back about everything being Victor’s fault. Ashley will arrive and ask Phyllis to enlighten them on the matter. Phyllis will declare that Victor unleashed a monster on them and Nikki should ask her husband about it. 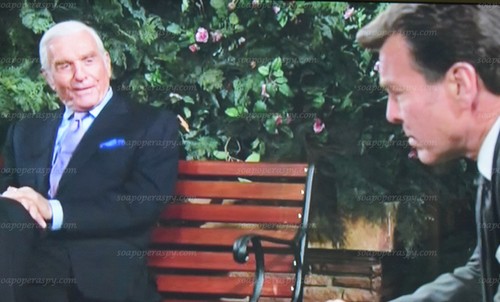 Jack will chat with John’s apparition at the park. They’ll talk about Marco and the alliance with Victor. Jack will admit he’s struggling to accept everything that’s happened. John will offer some advice and Jack will say he knows what he has to do. When Victor shows up, Jack will shout that he’s going to end all of this by telling the cops what really happened. Victor will remind Jack that he’ll have him thrown in jail if he comes forward with the truth.

Mariah (Camryn Grimes), Noah (Robert Adamson) and Marisa (Sofia Pernas) will be puzzled by how wrong they were about Harding. Kevin will arrive and they’ll mull over Jack’s ability to seemingly be in two places at once. Marisa will excuse herself and head to the cabin. When Marisa finds Marco, he’ll pull a gun on her and indicate that he still wants to kill Jack. Marisa will wonder why Marco feels he needs more money. Marisa will say Marco must want more out of life and she’ll pull him close for a kiss. Y&R rumors hint that Marisa is setting up Marco for a faceoff with Jack later this week. Stick with the CBS soap to see Jack get updates on Marco’s location.