‘Southern Charm’ Canceled After Break Up: Thomas Ravenel and Kathryn Dennis OVER! 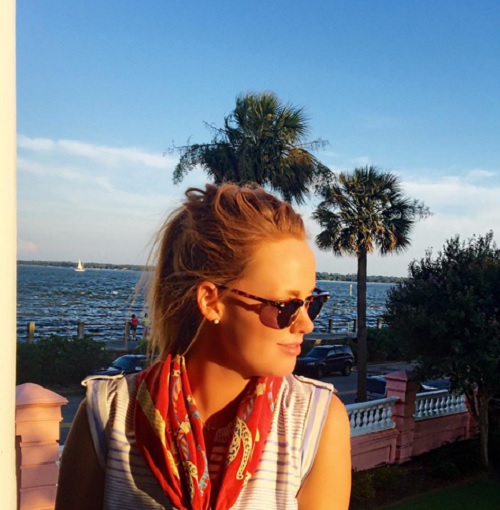 Has Thomas Ravenel finally dumped his “Southern Charm” co-star Kathryn Dennis? A cryptic tweet posted by the baby mama of his little girl, Kensington, seems to have signaled things are over between the felon and his lady love. Hot on the heels of Kathryn’s tweet, a quote from the television show “Grey’s Anatomy,” is a rumor that Bravo has canceled “Southern Charm.” Guess the gang will not be back for a third season of debauchery and mayhem in the quaint city of Charleston.

What caused the final split between Thomas and Kathryn? No one knows for certain, but the Charleston born and raised bad boy has always had a wandering eye. He has left the red-haired beauty hanging more than once to attend society events alone, going so far as staying at a local hotel during his campaign using the excuse that he had to work.

Rumors flew last season that first couple of “Southern Charm” had called it quits when Thomas Ravenel posted a Facebook rant about Kathryn not standing beside him after her stylist filed assault charges against him. While Bravo played up the loving father role, they also highlighted that Ravenel is definitely not husband material.

For her part, Kathryn has not been a saint. She insisted that the former senatorial candidate buy a home in the heart of Charleston because the gorgeous plantation he owns is – in her words – too far out in the boonies. The not-so-reformed party girl had her share of fun during the second season of “Southern Charm,” leaving baby girl Kenzie with her parents or a nanny in order to head out with her posse of girlfriends for a night of drinking and dancing – mostly drinking.

But the socialite party gal turned baby mama will not walk away from the relationship with the wealthy Ravenel empty-handed. More than likely she will get the big house in the heart of Charleston and a serious chunk of change in child support.

Now that the couple has supposedly completely severed their romantic ties, fans’ interest in the show has waned. If the couple does not return to the show, which seems likely, there really is not any reason to renew the reality show for a third season. The volatile on-again-off-again, love-hate relationship between the 52-year-old businessman and the 22-year-old socialite was the only interesting thing about the entire show.