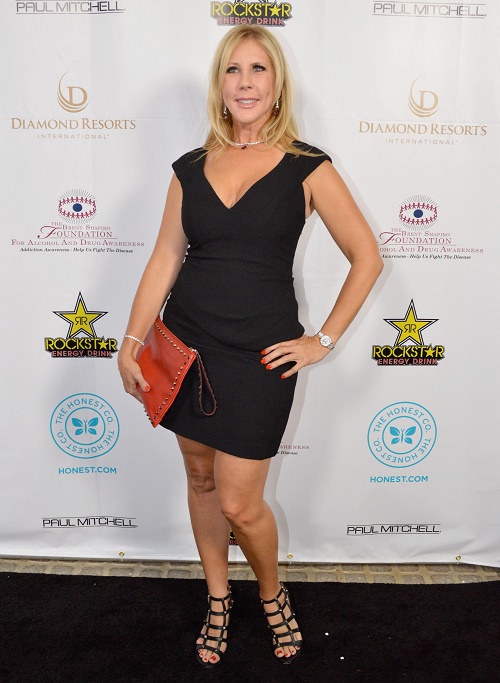 Real Housewives of Orange County star Vicki Gunvalson and longtime boyfriend Brooks Ayers have split again, and this break-up looks like it might be the real deal. Of the course, over the years Vicki and Brooks have split, and then made up, multiple times. Recently, Brooks was diagnosed with cancer, and Vicki has been standing by her man during his treatment and illness, despite the fact that some of her RHOC co-stars are certain he was faking cancer.

According to a new report from US Weekly, Vicki Gunvalson and Brooks have broken up again – and this time it might actually be for good. Vicki and Brooks shared a joint statement confirming they had broken up and asking for privacy during their split:

“After much prayer, thought, counseling, and consideration, we have decided to end our four year relationship. We both wish nothing but a great future for each other. We have come to realize that one can indeed love someone in their heart, but that the time may come for their lives to take separate paths. Though the remaining episodes of Season 10 of The Real Housewives of Orange County will show us as a couple, the filming took place in January 2015 through May 2015. There will be no further statements or interviews regarding our relationship as we choose to move on with our lives. Though we choose to live our lives in the public eye, we thank you for your understanding and ask privacy during this difficult time.”

It sounds like Vicki and Brooks’s break-up may have been amicable this time around, and they basically love each other but are no longer “in love” with each other. We can’t wait to see how Vicki’s co-stars respond to Vicki’s break-up with Brooks. Will they rally behind their fellow housewife and support her, and smugly remind her that they “told her so” about him from the beginning.

Do you think Brooks and Vicki’s break-up was amicable? Or is there more to the story? Will they be getting back together again, or is this the real deal? Let us know what you think in the comments below!