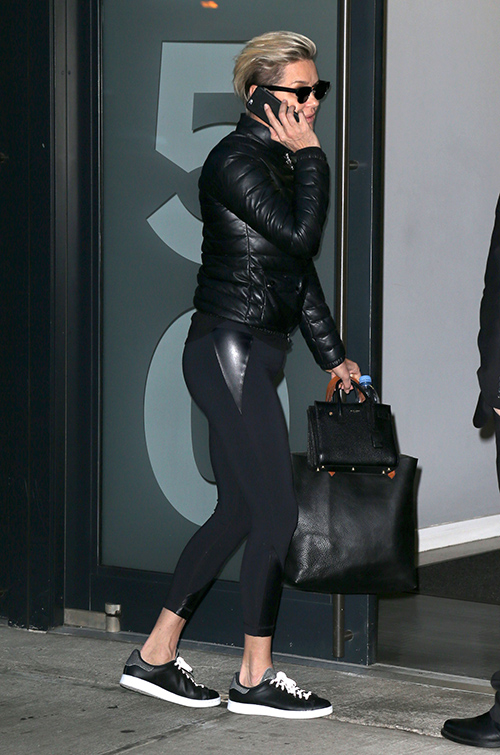 Real Housewife Yolanda Foster will be a single woman again soon. The RHOBH star and her husband of four years have confirmed that they have decided to split ways, and have filed for a divorce. The news comes as a bit of a shock to Real Housewives Of Beverly Hills stars seeing as how Yolanda and David Foster had the least amount of marriage woes and cheating scandals on the show (well, after Lisa Vanderpump’s perfect marriage of course).

Yolanda Foster and her soon-to-be-ex-husband David confirmed the news of their divorce on Tuesday December 1st. The couple shared this statement with People Magazine, “We’ve shared 9 beautiful and joyous years together. During that time we experienced love, friendship and the inevitable challenges that come with managing a marriage, careers, blended families and health issues.”

Neither Yolanda nor David have made any other comments on their unexpected break-up, it’s unclear what exactly their reasons are for going their separate ways, or how long they were having issues. But, if you think about it, there were plenty of things that could have strained their marriage. Reality TV tends to break up even the happiest homes, combined with Yolanda’s lengthy battle with lyme disease (which also added stress), plus their differences in opinions on Yolanda’s daughters Gigi and Bella Hadid – and how they should be raised.

One thing is for sure, we will most likely get all the answers as the divorce unfolds on Real Housewives Of Beverly Hills – because Bravo never passes up the opportunity to exploit a messy break-up. Are you shocked by the news of Yolanda Foster’s divorce? Let us know what you think caused her and David Foster to break up in the comments below!