Yolanda Foster To Quite Real Housewives Of Beverly Hills – Struggle With Lyme Disease Becomes Too Much To Bear On Reality TV? 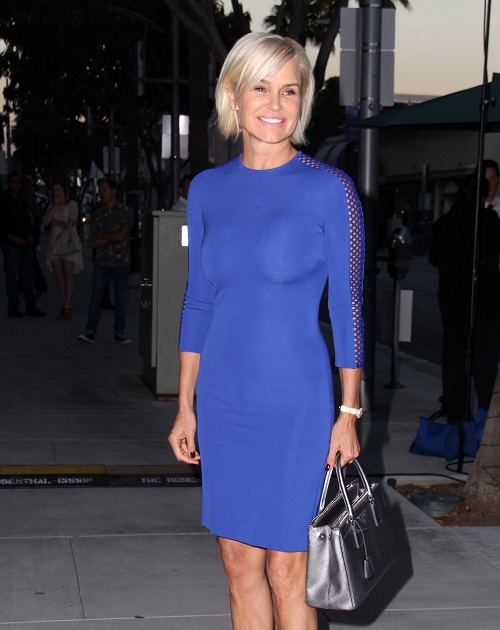 In a [not very] surprising move, Yolanda Foster left Part One of the Real Housewives of Beverly Hills reunion special on Tuesday, March 31st. However, Yolanda’s departure wasn’t due to a feud or a personal disagreement, but rather her ill health.

Yolanda has been very open about her struggle with Lyme Disease, and she’s even told Andy Cohen [the host of the Real Housewives series], “Do you really want to talk about that? Just trying to weather the storm, you know? I pray every day that tomorrow is a better day.”

Andy was quick to reassure Yolanda that she had people on her side that cared about her, but it seemed like little reassurance to Yolanda. Her condition has worsened over the past few months, and Yolanda and her husband David Foster had gone to South Korea to seek a cure for her condition. However, their mission was unsuccessful, with Yolanda stating, “They have the freedom to work with stem cells. You can’t get those treatments here, and I think with Lyme it takes antibiotics but it also takes a lot of holistic treatment to balance it out.”

Her departure from the reunion special was unusually emotional, and as Yolanda hugged each one of the housewives good-bye during the special, she made sure to note that each of them needed to support each other instead of fighting with each other – never mind that she’s usually one of the first to initiate said fights.

What do you guys think about Yolanda Foster leaving the reunion special early? Do you think her time on The Real Housewives of Beverly Hills is coming to an end? Will her Lyme Disease result in Yolanda leaving the show permanently, or will she find some way to deal with the disease or even cure it? Let us know your thoughts in the comments below.