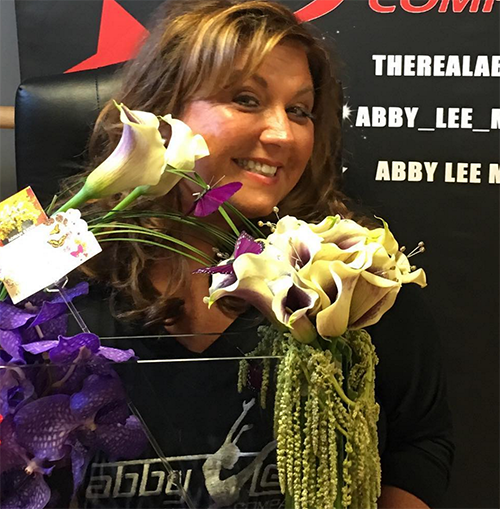 Abby Lee Miller spoke with Theo Von and Matthew Cole during their podcast ‘Allegedly’ and, during the interview, the choreographer takes full responsibility for her actions regarding her finances. She admitted to making mistakes.

Miller explained that that her dance studio was built with the help of her parents who invested their life savings in Miller’s dream of becoming a choreographer. When Miller refinanced the building, the taxes were not put into escrow for three years. This is something that the experts handling the business transaction should have done within three months of the refinancing. Miller regrets putting complete trust in these individuals and hopes her story is an example for others.

Unless the back taxes were paid, Abby Lee Miller was in jeopardy of losing not only the thriving dance studio but her parents’ life savings. Desperate to remain afloat, Miller accepted Lifetime’s offer to join on as a choreographer for ‘Dance Moms’ “in case [Lifetime] caught me on camera.”

Explaining how she became part of the Lifetime reality show, Miller stated she was never supposed to be part of the cast. During the filming of an episode, a simple 911 call after a screaming mother chased Miller around the studio led to Lifetime grabbing the opportunity to strong arm Miller before the dance instructor was able to consult an attorney.

“They put a pen in my hand, they put one single sheet of paper in front of me at a competition. On the stage, not backstage, literally on the stage, they set it down. [Lifetime producers] told Miller she had to sign the contract right then and there. “One thing led to another and I got screwed,” the dance instructor revealed to Theo Von and Matthew Cole Weiss during the ‘Allegedly’ podcast.

Miller broke down when explaining she no longer has a strong support system. Both of her parents have passed away. The moms who once were there for her have disappeared. The reality television star and dance coach admitted she is petrified of prison life. Miller’s attorneys’ have retained someone to “prepare her mentally to go to prison.”

Abby Lee Miller will be sentenced on October 11 after pleading guilty on one charge of failure to report an international financial transaction and one count of hiding bankruptcy assets.