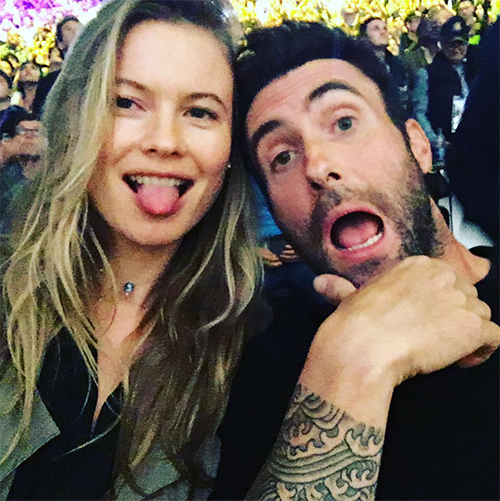 The Voice coach Adam Levine’s marriage to Behati Prinsloo has reportedly been on the rocks for months now, despite the fact that Behati is pregnant with their first child together. If Adam and Behati are getting a divorce, they are doing a horrible job of hiding it. The couple just listed the loft that they shared together in NYC. It could be yours for a cool $5.5 Million.

Of course, one could argue that Adam Levine and Behati Prinsloo are selling their one bedroom loft because they want to purchase a home more suitable for their growing family, and maybe in a more baby friendly neighborhood. But, here’s the interesting part, according to the Oxford Property Group listing for the loft, every single piece of furniture is included in the sale.

Adam and Behati aren’t just moving, it appears they have both completely abandoned the uppity apartment and don’t even want to get their belongings out of it.

Ditching an apartment and all of the contents doesn’t necessarily scream divorce. But, when you combine that with the fact that Adam Levine spent his birthday alone, he and Behati are hardly ever spotted together, and there was that incident with a mystery woman a few weeks ago – it is becoming pretty evident that The Voice coach’s marriage is in serious trouble.

And, various sources have reported to tabloids that Adam Levine is not thrilled by the idea of having a baby, and felt like Behati bullied him into the pregnancy.

The Voice’s Adam Levine hasn’t confirmed the divorce rumors, but he hasn’t denied them either. Ironically, it looks like having a baby is not enough to keep his and Behati Prinsloo’s marriage together.

What do you think of the latest evidence pointing to an Adam Levine and Behati Prinsloo split? Are they selling their home to make room for the baby – or because they no longer want to live together? Share your thoughts in the comments below!