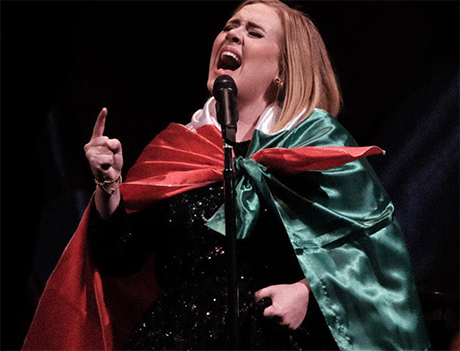 It looks as though Adele might’ve tied the knot during the holiday weekend. There are new reports that say Adele secretly married her fiancé Simon Konecki in a wedding ceremony that took place in Hollywood on Christmas Day. The couple have a 4-year-old son together, Angelo.

Eyewitnesses say the ‘Hello’ chart topper was spotted wearing a gold ring on her wedding finger. What’s more, she made no effort in trying to conceal the new bling in front of the paparazzi. She was shopping at a health food store in Beverly Hills when eyewitnesses first spotted her with the ring. 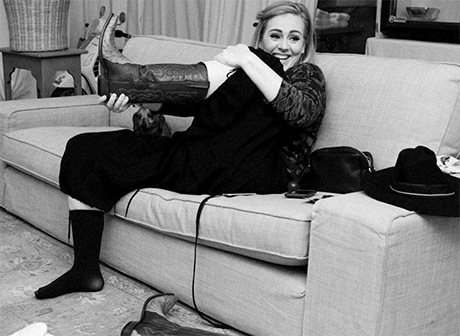 Earlier reports indicated that Adele and Simon Konecki were planning a secret Christmas wedding ceremony. In fact, Simon’s 9-year-old daughter from his previous marriage was hoping to be a flower girl for their wedding.

One source even told The Mirror earlier this month, “They won’t make a big song and dance about it, that’s not the way either of them are, and you won’t see Adele walking around with a huge diamond on her finger flaunting it.”

And while Adele is mum on the marriage buzz, one source close to the singer did say that they have been planning their Los Angeles wedding for weeks now. Even though Adele spends a lot of time in London, she and Simon recently purchased a mansion in the same Beverly Hills neighborhood that Beyonce and Robbie Williams live in. They even wanted it to happen during the holidays so Simon’s daughter could travel to L.A. during her school break.

What’s more, Adele didn’t want any of her celebrity friends at the wedding, either. Instead, she and Simon only invited their family members and closest friends.Some sources say there’s no way Adele will confirm her wedding news. She hates talking about her personal life with the media. Even though the couple got engaged last year, Adele never wears her engagement ring in public.

Adele has not made any comments about the reports. Do you think Adele and Simon Konecki are secretly married? After all, she and Simon have been together for years. One source close to the couple said they wanted to get married because they knew it would be either now or never.

Let us know what you think by leaving us a line in our comments section below. Also, check back with CDL for all the latest news and updates on Adele right here.