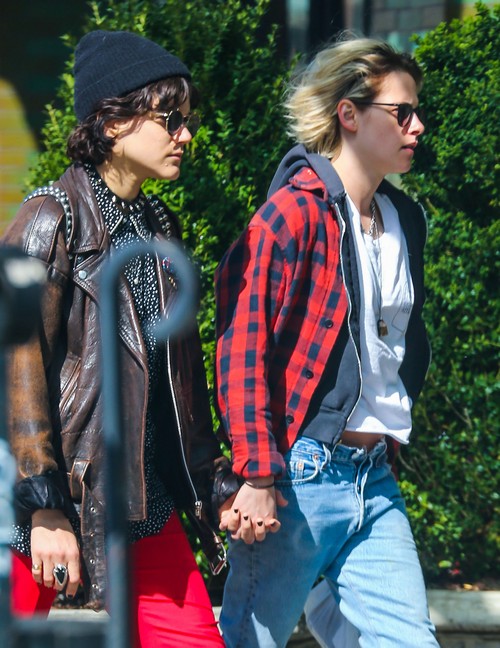 After images of the “naughty” Big Apple rendezvous of Kristen Stewart and current girlfriend Soko landed the Internet, ex Alicia Cargile couldn’t be more eager to woo back the “Twilight” actress.

Since their split last year, Alicia Cargile was under the impression that KStew would return to her arms quickly, given that she put her life on hold for the famous bisexual celeb.

However, Rob Pattinson’s ex-girlfriend was quick to move on; she found herself another lesbian lover, Soko, a couple of months after her silent breakup with Alicia Cargile.

And now that Stewart is clearly happy with her romance with French singer Soko, Cargile is the one who can’t let go of the past and wants to ride the express train to a second chance at dating her former boss again.

Alicia Cargile was not just a lover to Stewart, she was pretty much everything she could ask for from a partner. At some point, Cargile was the one who made big decisions for KStew’s career. She even read her scripts, choose which movie roles to take, arranged meetings, paid bills, and a lot of other things that was not part of her PA duties.

Alicia is banking on the many things she did for Kristen for the almost two years that they were together, and she’s hoping KStew would remember these things when they see each other and just dump Soko for good.

Cargile is just so jealous right now, she doesn’t mind ruining KStew’s relationship with Soko. She’s very eager to rekindle her romance with Kristen because she badly misses the things they did together, like attend Coachella, get matching tattoos, and flaunt their PDA moments to the world.

Unfortunately, it appears that Cargile could try her best at winning KStew’s heart back but still get dumped by the “Snow White and the Huntsman” star. After all, Stewart could just be engaging in romantic relationships to fish for publicity and remain relevant to the media.

Come to think of it, all of her relationships mostly benefited her career. From the time she dated RPatz to the time she cheated with Rupert Sanders and then onwards to the time she went steady with Alicia Cargile, Stewart continued to bask under the limelight. So, it won’t be surprising if it would turn out that KStew is dating Soko for publicity.

Are you Team Alicia or Team Soko?

Alicia Cargile and KStew in happier times by FameFlynet

Kristen Stewart and girlfriend Soko are spotted out and about in New York City on April 12, 2016. FameFlynet