Amber Rose Disses Beyonce: Bey Should Be Slut-Shamed For Being A Stripper Too – Double Standard’s Unfair! 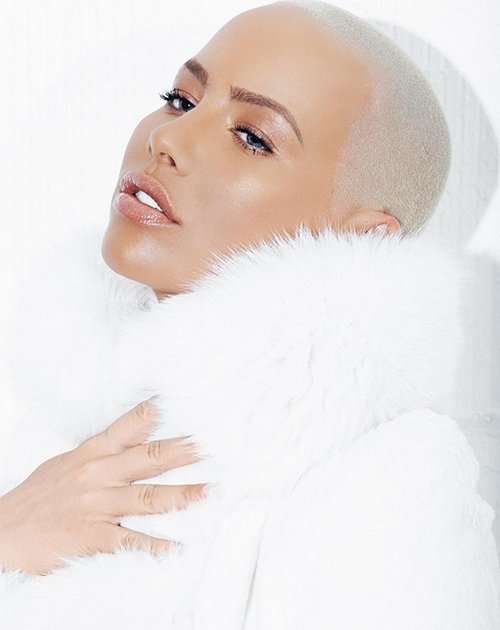 Amber Rose just dissed Beyonce – but we kind of agree with her reasoning. It’s not every day that we are Team Amber, but today she has a pretty valid point. In a recent interview with the Daily Beast, Amber Rose (a former stripper) called out Bey and demanded to know why it was okay for Beyonce to dance around half naked on stage and twerk but she’s frequently called out for her stripping past and scandalous ways!

Amber Rose will never shed her reputation as a stripper, just like her frienemy Kim Kardashian will never be able to live down her sex tape with Ray-J. Amber pointed out in her interview that she, Kim, and other female celebs with questionable pasts are constantly being put on blast for what they wear and how they conduct themselves. However, Beyonce seems to have gotten a free pass – and she gets praised every time she shows off her goodies on stage.

Amber Rose stated in her interview, “It’s bullshit, and this is the thing: They come at me and Kim so hard because I was a stripper and she had a sex tape. So if we could sing, it would be OK if we were on stage half-naked. We all love Beyoncé, but she’s on stage half-naked and twerking all the time, yet people say, oh, she has talent so she’s able to do that.”

Comparing Kim Kardashian’s sex tape to Beyonce is a bit of a stretch. But, let’s be honest, if Bey hopped on a stripper pole on stage (we’re not entirely sure she hasn’t at some point over the years), how would that be any different than Amber Rose stripping off her clothes and dancing on a pole?

What do you guys think? Does Amber Rose have a valid point? Does Bey get a free pass to do the same things that Amber Rose gets slut-shamed for every day? Or is Amber stretching it a bit? Share your thoughts in the comments below!