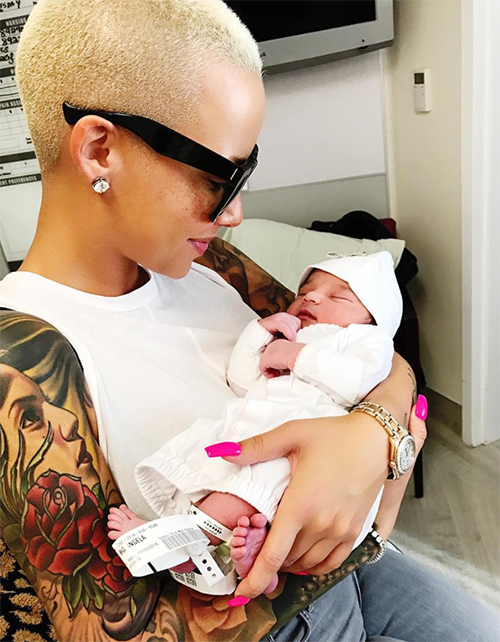 Amber Rose is being attacked for her parenting decisions. The ‘Dancing With The Stars’ contestant is being slammed on social media after she shared a video of her 3-year-old son Sebastian getting his toes painted at a salon during what looked like an afternoon date between the mother and son duo.

The model, who shares her son with her ex Whiz Khalifa, was mercilessly criticized for sharing the video, which she captioned with, “Pumpkin nails with Mr. Skully Bones.” Many of her Instagram followers attacked her and put into question her parenting skills for allowing her son to get the spa treatment.

After she simply couldn’t take the criticism any longer, Amber defended herself and her decision to allow her son to get his toes painted by explaining, “We encourage our children to paint, draw and be creative so why block them from their creativity when it comes to self expression? F–k society standards and gender roles! Let your children be great!”

It’s not surprising that Amber is defending her decision and calling out her critics at the same time, especially since she’s long advocated for the public to stop shaming women while also supporting LGBTQ efforts through the media. At the end of the day, someone as outspoken as Amber Rose is most definitely going to raise her son how she sees fit, regardless of what both her critics and fans might say.

Of course, Sebastian is only a toddler and just like many other little boys his age, he’s simply wanting to do and mimic everything he sees his mother doing, who is no doubt his idol. How he grows up or what kind of lifestyle he chooses will ultimately be his choice. 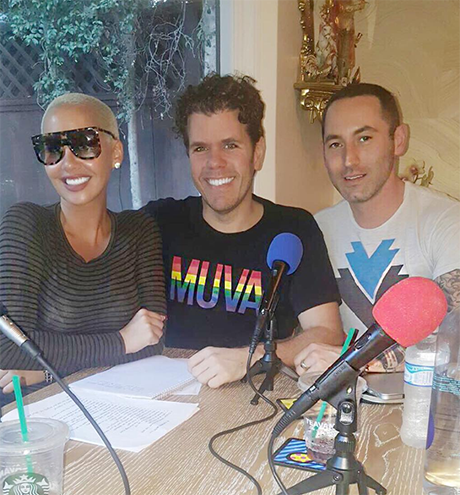 Wiz Khalifa, on the other hand, is yet to comment on the matter or if he agrees with his ex Amber Rose and her parenting methods. The former couple have put their differences aside – despite Whiz’s cheating allegations during their marriage – to co-parent their son together. They have also shared similar photos and videos of their son on their multiple social media accounts and have even been seen out and about together with the young tot.

Tell us CDL readers, do you think Amber Rose should be attacked for her parenting? Is it wrong that she allowed her son to get his toe nails painted at her salon? Let us know your thoughts in our comments section.

Also, check back with CDL for all the latest news on Amber Rose.

Pumpkin nails with Mr Skully Bones 🎃 #HalloweenisNeverOveratOurHouse We encourage our children to paint, draw and be creative so why block them from their creativity when it comes to self expression? Fuck society standards and gender roles! Let your children be great! 😍