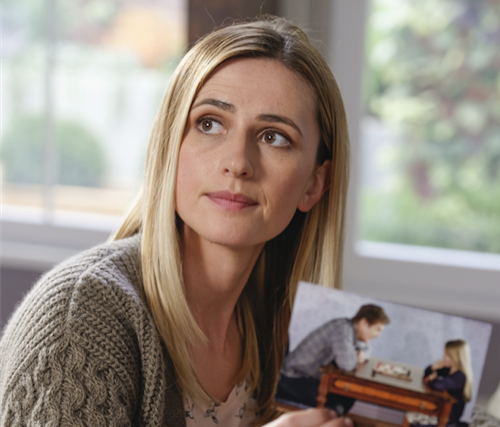 Tonight on CBS American Gothic airs with an all new Wednesday, July 27, season 1 episode 6 called “The Chess Players,” and we’ve got your American Gothic recap down below! On tonight’s episode, the Hawthornes get publicly implicated in the SBK case and begin turning on one another.

On the last episode, Cam suffered hallucinations that impact his role in a crime and Madeline received a cryptic message. Did you watch the last episode? We’ve got your detailed American Gothic recap right here!

On tonight’s American Gothic as per the CBS synopsis “The Hawthornes get publicly implicated in the SBK case and begin turning on one another. Elsewhere: Garrett coaxes Christina into a camping trip, but things take a dangerous turn.”

American Gothic airs tonight at 9pm with an exciting episode, we will be live blogging the show with all the up-to-the-minute details so make sure to come back to Celeb Dirty Laundry and check out our live American Gothic recap. Can’t wait to see how all the drama plays out, how about you? Are you excited for this new show? Hit up the comments down below!

Tonight’s episode of “American Gothic” begins with Alison’s speech during the mayoral debate, while Tessa and Brady speed towards the debate to warn Alison about the family link to the SBK before she is blindsided on television by the news. Cam and Jack watch the debate from home. Before Tess and Brady can reach her, a reporter asks Alison on live television to comment on the breaking news that one of her family members is the SBK and also mentioning that Cam’s DNA ruled him out as the suspect. Watching from home, Cam is dumbfounded at this news, as he never consented to have his DNA tested: Tess and Brady did so behind his back. Alison fails to answer the question.

The family gathers amid the breaking news, and Madeline tells her children that the police want DNA samples from every member of the family and that their lawyer has urged them to comply with any warrants that may be issued. Tessa confesses that Brady was the one who got a sample of Cam’s DNA and tested it, with her permission. Alison confronts her family, demanding that the real killer confess to save the others. Meanwhile, Garrett and Christina are in the woods. Garrett immediately takes her cell phone away. Jack and Cam watch as reporters swarm outside the Hawthorne estate.

The police deliver the warrant and take DNA samples from Madeline, Alison, and Tessa but, since Garrett is camping, they take a sample from one of his drinking cups instead of a cheek swab like the others. Garrett and Christina set up camp in the woods, while the family sits down for a tense dinner. Alison reasserts her belief that Garrett is the killer. Cam tells the family that when he was 17 he saw someone dragging a dead body down the stairs and he believes that person was his father, Mitch. Angry, Madeline refuses to hear any more accusations against her late husband and tells everyone to go to bed.

Jack tells his father that he has been researching vultures and has discovered that psychopaths often decorate their homes with birds of prey just like the ones decorating the Hawthorne estate. Meanwhile, Tom confronts Alison about her growing feelings for Naomi. When Sophie arrives at the estate, Cam shows her the broken rail on the staircase and tells her what he remembered while detoxing. He then sits down with Tessa to discuss whether or not Garrett is the SBK and reminisce about their childhood with him. While reflecting on memories of her father, Alison discovers cash, sex photos and a police report hidden inside his favorite book, Wuthering Heights.

The police report states that Mitch once beat someone unconscious. Alison shows the police report to Tessa and Cam and begins to wonder whether Garrett is innocent after all. The three show the report to Madeline who explains that the incident was her fault: she was having an affair with another man and, after walking in on the two of them, beat the man unconscious and dragged him down the stairs and out the door. A neighbor then called the police. She confirms that what Cam remembered was true except for that the man dragged down the stairs was unconscious, not dead. The kids then discuss whether they believe Madeline’s story and start blaming one another for the situation.

Back in the woods, Garrett tells Christina that he lived in the woods for 14 years and starts to tell her about his father’s death and the rest of his family members. He tells her that he had to leave Boston and that he is ready to tell her the reasons why. While searching for firewood, a group of men approach Christina and try to get her to join their party. Garrett confronts the men and pulls a knife, scaring them off. Upset, Christina feels that pulling a knife was going too far and tells Garrett to stay away from her. Alison and Tom apologize to each other about their previous discussion. Tom checks Alison’s phone and after seeing a text from Naomi asking if she can stop by the house, Tom answers as Alison and tells her to come over in an hour. She responds “I love you.”

Tess finds the bottle of prescription medicine Garrett used to help Cam with his detox. Showing it to Brady, she asks if he thinks Garrett is with the doctor that prescribed them, since she knows the two are seeing each other. After seeing Christina’s name on the bottle, Brady tells Tessa that she was the daughter of SBK’s final victim and the two decide to go looking for the couple. Madeline confronts Sophie about being in her house and Sophie implies that Madeline is the killer. Naomi shows up at Alison’s house, only to discover Tom waiting for her. He tells Naomi that he and Alison have an arrangement and that she has been sharing all of their sex details with him.

Tom tells her to stay away from Alison, which Naomi refuses to do. Sophie tells Cam that she has found a new house for them to move to, away from his toxic family. Tess and Brady go to Christina’s home and get the landlord to let them in. After contacting some of her emergency contacts, they discover where the two are camping. Brady urges Tessa to let him call the police, but Tessa demands that they be the ones to locate and question him. Brady lies and says he left his keys inside Christina’s apartment and when Tessa goes to get them, Brady leaves her behind. Brady calls the police and a manhunt begins to locate Garrett in the woods.

At the campsite, Christina sneaks off and checks her voicemail, hearing a message from Brady telling her that Garrett is a SBK suspect. Christina pulls a knife on Garrett and demands his car keys: the two struggle and the sound of knife piercing something is heard. The family watches as the manhunt develops on the news. An investigator shows up the Hawthorne estate and tells Cam they have the DNA results: the DNA matches blood taken from Mitch’s high school jersey that was preserved in a trophy case at the school. Brady and other officers pull up to Garrett’s truck and demand that he get out of the vehicle: the door opens and Christina emerges, covered in blood. She tells Brady that the blood is not hers. Garrett is shown still alive with the knife sticking out of his stomach.