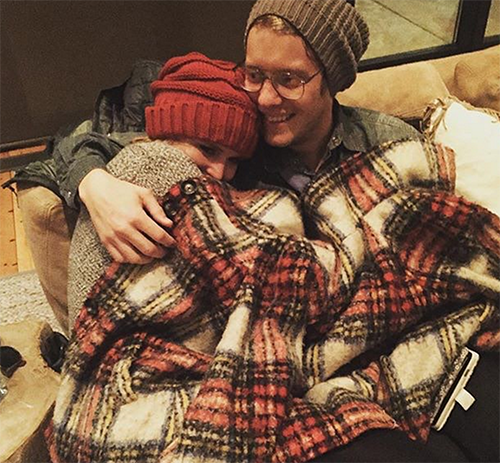 Take that Gwen Stefani and Blake Shelton! Since Gwen Stefani and Blake began dating, the couple has been cashing in on every opportunity that comes their way to rub their budding new romance in Miranda Lambert and Gavin Rossdale’s faces. And, since they are musicians, they have ample opportunities to do just that in their music. But, Miranda Lambert is fighting back.

Gwen Stefani threw some not so subtle shade at Miranda Lambert on her new album, referencing a “stupid girl.” Then, to add insult to the injury, Blake Shelton collaborated on a romantic duet on his new album with Gwen Stefani. A lot of Miranda Lambert’s fans took offense – Blake and Gwen have been ramming their new relationship down Miranda’s throat.

But, Miranda Lambert isn’t losing any sleep at night. In fact, she has moved on too – she just is a little bit more classy about not turning her new relationship with boyfriend Anderson East into a media frenzy. However, she wanted to let it be known that she had a boyfriend to sing mushy duets with too.

Just a week after Blake Shelton debuted his new album with his duet with girlfriend Gwen Stefani, Miranda Lambert and Anderson East performed a duet of their own. Anderson East and Chris Stapleton were performing at The Greek, and Miranda Lambert stopped by for a surprise performance. Lambert helped Chris’s wife on the back-up vocals while Stapleton and Anderson improvised and sang “My Girl” to their leading ladies.

Of course, afterwards, fans went into a frenzy on social media, raving about how adorable Anderson and Miranda are. It’s good to know that Blake and Gwen are not the only ones who got a happily ever after. Do you think Miranda and Anderson East are in it for the long haul? Are there wedding bells in their near future? Let us know what you think in the comments below!