Andi Dorfman Admits Signing Up For ‘The Bachelor’ Was Huge Mistake – Most Stupid Experience Of Her Life! 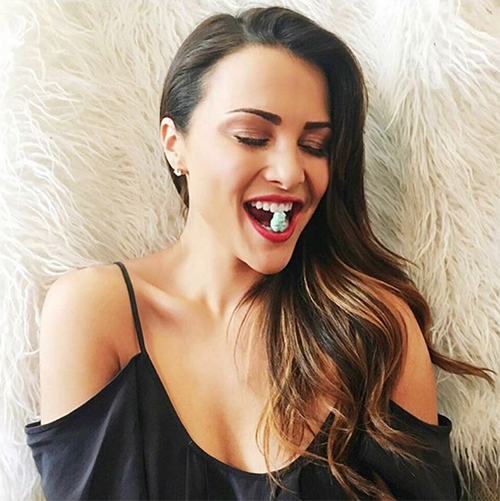 Andi Dorfman is without-a-doubt one of the most realistic contestants to ever participate on ‘The Bachelor,’ a popular reality television dating game show. That said, it comes as no surprise that the straight-talking reality star revealed that she felt like an idiot being in the Bachelor mansion from night one.

Dorfman recalls standing in the rose ceremony room at 4:30 a.m. as she waited for Juan Pablo Galavis, a former professional soccer midfielder/forward who appeared as a contestant on The Bachelorette in May 2013.

“I remember standing in the rose ceremony room, its 4:30 in the morning at this point, its freezing cold, everyone is cold and nervous standing on these risers, and you could hear the teeth chattering and the deep breaths,” the former Assistant District Attorney from Fulton County, Georgia told Cosmopolitan.com

Dorfman noted that she wasn’t particularly happy as she watched Pablo arrived with a bundle of roses and even tagged this as the “stupidest thing” she has ever been a part of. “I’m standing here cold, my feet hurt, and I’m waiting for a dude I don’t know to give me a rose,” she added.

“I had no idea that I would be mic’d up the entire time, no idea that there would be 20 cameras at any given point,” Andi told Cosmopolitan. “I was so sheltered,” she added.

The 29-year-old reality star is all set to release her book dubbed, ‘It’s Not Okay.’ The book revolves around her split with Josh Murray, whom she got engaged with on May 9, 2014.

The couple later announced that they called off their engagement on January 8, 2015. The reality star is currently “not seeing anyone” as she told People that she is currently “living the single life.” ‘It’s Not Okay’ is slated to hit stores on May 17.