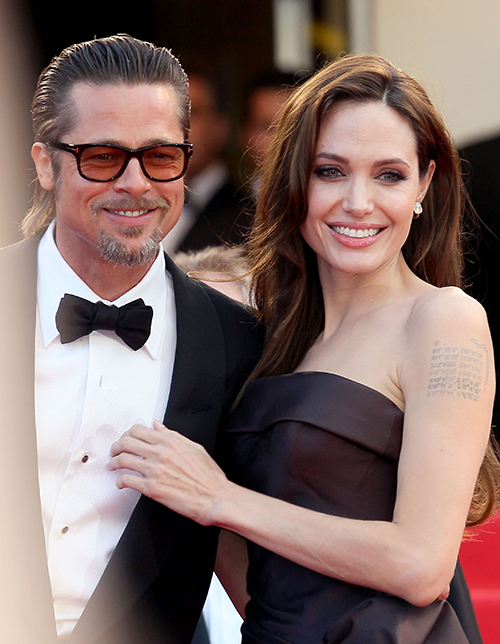 Angelina Jolie and Brad Pitt’s divorce still has us all reeling. Angelina filed divorce papers on September 15, confirming that the iconic Hollywood couple had split. Reports have been floating around that the couple has had problems for years, even before they actually were married in 2014. The divorce itself isn’t THAT shocking. What has us all bewildered are the statements that have been made about Brad Pitt, alleging that Pitt was not a good parent and Angelina wants full physical custody of their six children.

In the official court documents that Angelina Jolie filed on September 15, the actress and mother revealed that she wants sole custody of their six children. TMZ alleged that Brad Pitt has a drug and alcohol problem and should not be around his children. The website went on to say that Angelina was “fed up” with Pitt’s consumption of weed and possibly alcohol.

Despite their busy Hollywood careers, Angelina Jolie and Brad Pitt have been very hands-on with their children and Brad has been a huge part of their lives. It’s devastating for their six children that Brad won’t be around on a regular basis. You have to admit, the Jolie-Pitt kids’ lives are hectic and crazy. The only constants they had were their doting parents, Angelina AND Brad.

Angelina and Brad Pitt have three biological children, Shiloh, Vivienne, and Knox. Plus, three adopted children, Zahara, Pax, and Maddox. While all of the kids are famous in their own right – Shiloh Pitt has always stood out. Their young daughter has dressed and carried herself like a boy since she was a toddler, and is especially close to Brad Pitt, her father.

Miraculously, Angelina Jolie and Brad Pitt’s kids seem to be scandal-free, and despite the fact that they are getting older – they haven’t appeared to be acting out much … yet. But, surely this shocking divorce, and the fact that Angelina is trying to keep Brad from the kids, will change all of that.

It’s only a matter of time before the Jolie-Pitt kids start making headlines. Angelina’s claims about Brad’s parenting, partying, and alleged anger issues are completely unfounded at this point, which is only more reason for their kids to lash out against their mother and be bitter about her quest for custody.