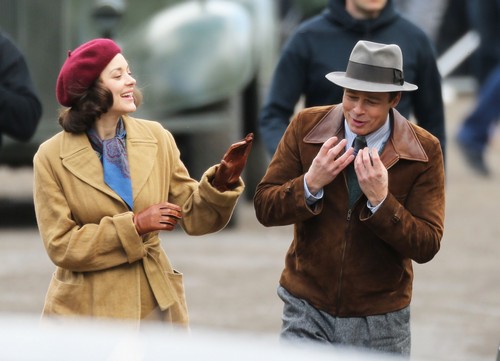 Angelina Jolie and Brad Pitt’s divorce has just gotten very messy and it’s all due to Angelia’s vicious attack on Brad. There are rumors swirling that the actress is determined to discredit Brad Pitt at all costs with a vicious smear campaign against him.

Angelina Jolie and Brad Pitt’s divorce has only been in the headlines for less than 24 hours, but there are already reports coming from Angelina’s people that suggest Brad’s alcohol and substance abuse is the reason why Angelina has pulled the plug on their marriage. Brad Pitt has categorically denied these accusations.

If that weren’t enough, Angelina also claims that the actor’s “anger issues” are putting their six children’s welfare at risk and that’s why she supposedly wants sole custody of their kids.

According to TMZ  Brad Pitt is now furious at all the lies Angelina has spread about him and said that his bitter estranged wife has put their children in danger – this because of the presence of the paparazzi and media circus brought on by Angelina’s accusations. One source close to Brangelina say that Angelina has single-handedly “unleashed hell.”

Angelina Jolie and Brad Pitt know the truth behind this divorce but what the public gets is PR spin from both camps.

There’s also been speculation that Brad allegedly cheated on his wife with his ‘Allied’ co-star Marion Cotillard while the two were filming in London earlier this year. It wouldn’t surprise anyone if Angelina has launched her smear campaign against Brad out of complete spite and jealously.

The actress has worked hard at convincing the media and public of her carefully curated image of a dedicated, hands-on mother and faithful wife. There’s also the fact that Angelina Jolie is considered one of the most beautiful women in the world.

There’s no doubt that the actress is struggling with the reality that her husband no longer wants or desires her anymore. Their romance was long dead. Clearly, Marion Cotillard has something that Angelina Jolie simply doesn’t have, otherwise Brad wouldn’t have strayed from his marriage.

Then again, Brad Pitt and Marion Cotillard’s affair is still only speculation for now. Angelina might want the public to think that Brad and his alleged substance abuse and anger management problems destroyed their marriage and their family, but the truth is coming to come out sooner rather than later.

Angelina won’t admit to it, but lots of people on social media are saying her husband left her because he simply doesn’t lust after her anymore. After twelve years and six kids and a tumultuous marriage, Brad Pitt was done and ready to walk out the door. Do you agree, CDL readers? Let us know your thoughts in our comments section below and come back for all the latest updates and news on Angelina Jolie’s divorce from Brad Pitt.

It’s being reported that Angelina Jolie has filed for divorce from Brad Pitt after hiring a private investigator and finding that Brad was cheating on her with his co-star Marion Cotillard on September 19, 2016. Angelina believes Brad is having a mid-life crisis and is fed up with his ways. Cotillard has denied that her and Brad had an affair maintaining that she and long-term partner Guillaume Canet are still happily together. FameFlynet