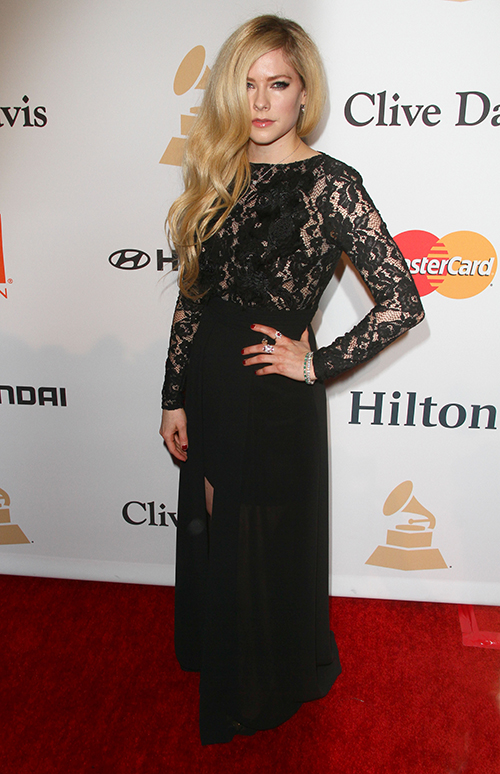 Avril Lavigne and Ryan Cabrera were recently spotted canoodling at dinner, sparking rumors that there is more going on between the twosome than just being friends. TMZ reports that singers Avril Lavigne and Ryan Cabrera were seen at STK Midtown in New York City having a romantic steak dinner. Witnesses at the restaurant who saw the couple said that they appeared to be intimate and kissed several times.

Both singers ended their relationships last year: Avril Lavigne split from her husband and Nickelback frontman Chad Kroeger, while Ryan Cabrera’s girlfriend kicked him to the curb for his excessive drinking. Late last year, Ryan Cabrera moved in with Avril Lavigne. Since then, the two have adamantly denied the existence of a romantic relationship, standing firm by their claim that they are only long-time friends.

Based on what witnesses observed, it appears that the term “friends with benefits” may be more fitting, unless the two have been hiding a secret romance all along.

Avril Lavigne seems to have a soft spot for men with drinking problems. Her marriage to Sum 41 frontman Deryck Whibley reportedly ended because of his out-of-control partying and problems with alcohol. If the reports of Ryan Cabrera’s girlfriend leaving him because of his drinking problems are true, Avril’s history with men battling substance abuse is doomed to repeat itself, with a similar ugly ending.

Considering the reports that she is letting Cabrera live with her “rent free,” it sounds like Lavigne may be getting taken advantage of by her longtime “friend.” The two have also been spotted all over Los Angeles, shopping and going to expensive dinners. Looks like Ryan Cabrera is getting more than one kind of “benefit” out of his new status as Avril Lavigne’s roomie.

Let’s hope Avril Lavigne wisens up before Ryan Cabrera breaks her heart and her bank account. What do you think about Avril Lavigne and Ryan Cabrera being caught acting more than just friendly? Do you think the two are “friends with benefits” or have they had a secret romance since last year when Cabrera moved in with Lavigne?

Should she keep her distance from Cabrera or stand by her man through his addiction problems? Do you think the two will hit the recording studio together and release an album? Sound off in the comments below!