Bachelor In Paradise 2016 Finale Spoilers: Who Gets Engaged, Who Breaks Up – Nick Viall Shocker 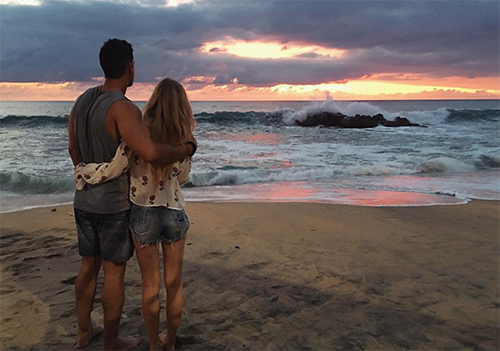 Bachelor In Paradise 2016 spoilers tease that the Season 3 finale will air tonight on ABC, and we will find out which of the final four couples will be getting engaged and which of the couples will be breaking up and heading back home solo. Part of the Bachelor In Paradise finale was a total frenzy, after the dust had settled and we said goodbye to over half a dozen cast members, including Wells Adams and Ashley Iaconetti, the final four couples were left: Grant Kemp and Lace Morris; Josh Murray and Amanda Stanton; Nick Viall and Jen Saviano; and Carly Waddell and Evan Bass.

So, which of the final four couples get engaged? Bachelor In Paradise 2016 spoilers tease that Nick, Josh, Evan, and Grant all sit down with Neil Lane and pick out engagement rings for their lucky ladies. However, spoilers have already confirmed that Nick Viall and Jen Saviano are not getting engaged – it was just announced by ABC that Nick is the Season 21 Bachelor. It’s unclear if Nick proposes to Jen Saviano and she turns him down, or if he has a change of heart at the last minute and doesn’t propose – regardless, Jen and Nick split and do not leave Paradise engaged.

According to Bachelor In Paradise spoilers for the Season 3 finale, Josh Murray, Grant Kemp, and Evan Bass all propose to their girlfriends, and there are three official engagements. Of course, the couples ride off into the sunset together. Whether or not they live happily ever after is an entirely different story. Lace Morris and Grant Kemp, as well as Evan Bass and Carly Waddell, have been pretty tight-lipped about their relationship statuses now, but Amanda and Josh have been spilling spoilers left and right. The couple is still very much engaged and living together now, and Amanda recently raved to US Weekly that her fiancé was an amazing man, and “so caring.”

So BIP fans, are you shocked by the final three engagements? Which couples do you think will actually get married after Paradise? Share your thoughts in the comments below and don’t forget to check CDL for all of your Bachelor In Paradise spoilers and news!

While the girls eat gummy bears, I have @sugarbearhair. Glad to partner with these delicious little bears who keep my hair healthy and looking better than ever #sugarbearhair #ad

It’s okay if the rest of the world thinks I’m a douchebag, as long as she likes me 😍 #SorryShesSoCuteIJustWannaEatHerFace