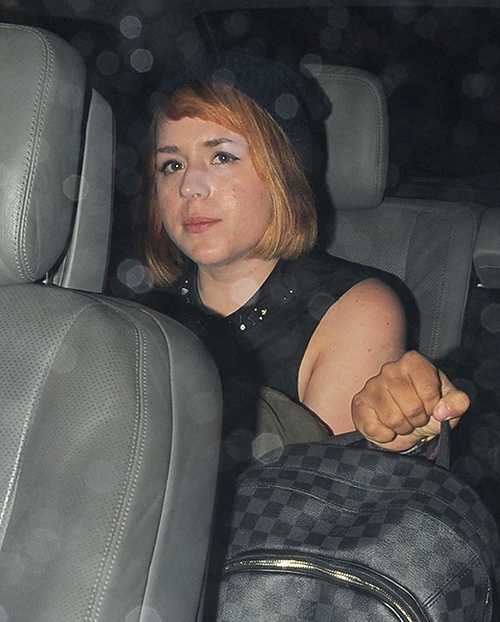 Bella Cruise shuns her famous parents Tom Cruise and Nicole Kidman and prefers life outside the spotlight. Neither Tom nor Nicole attended Bella’s wedding to Max Parker, reportedly because Tom is furious that Max is not a Scientologist.

In a recent interview with National Enquirer Bella revealed that she does speak to Nicole, but it doesn’t appear mother and daughter speak very often. Bella is a Scientologist and Nicole has publicly denounced the religion. This must put a strain on the relationship, as Nicole is now considered a suppressive person by Scientologists.

Bella has never openly stated she felt abandoned by Nicole, but there must be some hard feelings, perhaps subconsciously. Despite Bella stating she and her mother do speak, Nicole Kidman was in London the day Bella and Max exchanged vows but didn’t even know her daughter was getting married.

The wedding was paid for by Tom, but Bella Cruise and Max Parker adamantly refuse to take any money from Tom or Nicole. “We’re proud of our independence and we’re determined to stay away from the spotlight,” Bella divulged in the interview.

Tom Cruise doesn’t have much of a relationship with Bella and her new husband. Speaking to NE, Max revealed that it was difficult not to have Tom on hand to give Bella away. “It is what it is,” Max stated. For the record, Tom issued a statement regarding his absence – his schedule didn’t allow for him to be there to walk his daughter down the aisle.

The life Bella and Max live is a far cry from Tom and Nicole’s luxurious lives. The couple’s rental apartment isn’t nearly as expensive as some in London. In addition, the couple drives a simple Fiat 500, nothing fancy.

Max Parker’s mother, Beverly, was also interviewed about the couple and Bella’s famous parents. Beverly revealed Bella and Max are quite happy. Beverly had nothing to say about her son’s famous in-laws other than Max feels no need to meet them.

Will Tom Cruise and Nicole Kidman be grandparents anytime soon? Bella Cruise isn’t in a hurry to have a family. “I’m 23, so we’ll see. I’m still a baby myself.”