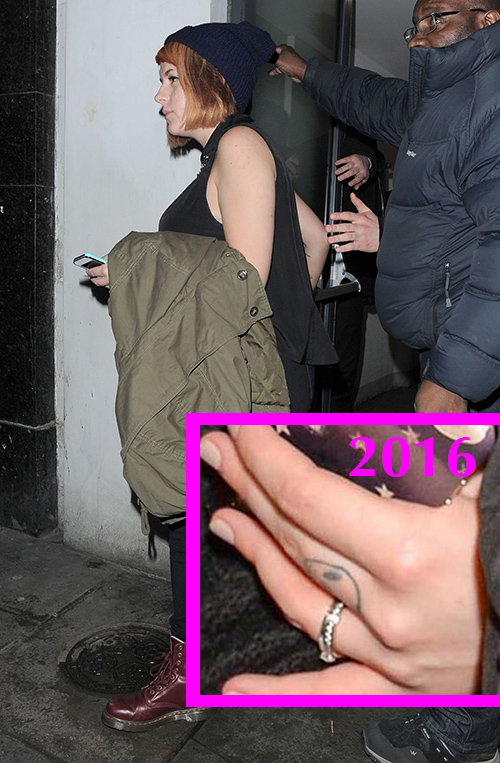 Isabella Cruise showed off her wedding ring in London on February 3. Was Tom Cruise and Nicole Kidman’s daughter hiding a baby bump from the cameras?

Isabella Cruise got married back in September 2015, but she and her now husband, Max Parker, decided to skip a big wedding and kept it small. So small, in fact, they didn’t have their parents in attendance.

Tom Cruise and Nicole Kidman were no where to be seen at the wedding which was held at London’s Dorchester Hotel. According to Hello!, the happy couple kept it small with only a few select friends in attendance.

Keeping the likes of Tom Cruise and Nicole Kidman away from a smallish wedding is the only way to keep it low key and hidden from the media. A source told Mail Online, “The ceremony was low-key but very expensive. Tom picked up the bill and paid for everything, but it was decided that neither he nor Nicole should attend as it would have turned the whole event into a circus.”

We hadn’t seen Isabella Cruise make any public appearances since the wedding took place until she surfaced at Tyler Shields’ Decadence exhibition at London’s Maddox Gallery. Some other celebrity sightings included Lindsay Lohan, Tamara Eccleston, and Immy Waterhouse, according to the source.

According to The Daily Mail, Isabella Cruise attended the event with a girlfriend where she showed off her modest wedding ring. It appears to be a solitaire with a simple band…more noticeable would be the alien tattoo she has on her middle finger…which definitely draws away from the ring itself.

Also, we have to note that she was wearing a really loose charcoal top with a giant cardigan over the top. Could this be the perfect ensemble to cover up a baby bump? Only time will tell. She and her husband, IT consultant, Max Parker keep things pretty private…even from their parents. So if there turns out to be a baby bump under there, it would presumably stay ‘under cover’ for as long as possible.

Can you imagine Tom Cruise as a grandpa or Nicole Kidman and Keith Urban as grandparents? Sound off in the comments below and be sure to check back here at CDL for all the latest news on your favorite celebrities!