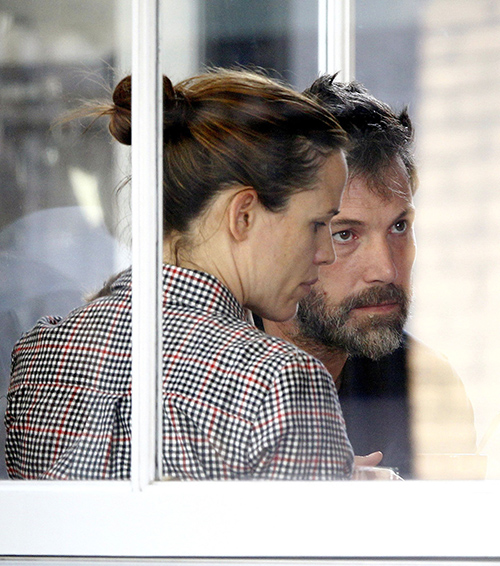 Ben Affleck is never ever getting back together with Nanny of The Year, Christine Ouzounian. As you might know – or not know, dependent on whether you live on planet Earth – Ben Affleck and Christine Ouzounian (her last name sounds like Amazonian ozone) have allegedly been canoodling like Gary Busey and his new bicycle ever since Ben Affleck’s very public split from Jennifer Garner.

According to those in the know, Affleck might/might not be involved with Christine Ouzounian. Rumours are for and against this Star Magazine sordid tale of extramarital affairs and nanny-grabbing in the kitchen. Ben Affleck and Christine Ouzounian allegedly took an Uber ride (they don’t own cars in this story) and made steamy love to each other in a half-room motel room that serves roaches for dinner.

Is the story true? According to an exclusive source for Star Magazine it is.

However, why they decided on an Uber trip is anyone’s guess. Perhaps Ben felt the need to be more inconspicuous? Does Ben realize that Uber drivers aren’t bound to some ungodly confidentiality agreement? What happens in an Uber definitely does not stay in an Uber. That’s why this story is being written – Tabloids kept ears on the ground and heard the screeching tires of an affair in the distance.

Those close to Ben and Christine deny any involvement between the two. A good PR agent can spin this story like a wedding party on acid. Anything is possible if you’re Ben Affleck.

Could they have “slipped up” and now they’re trying to cover the story with cover stories? It’s Hollywood, people. There’s always a story hiding behind a story and in Ben Affleck’s case there’s a nanny hiding behind him, too scared to face the spotlight and too excited to pay the Uber driver.

These two are definitely getting back together, so lay down the guitar Taylor Swift!

What do you think? Is this a continuation of Affleck’s kitchen? Or are they just Uber driving buddies? Let us know your thoughts in the comments below.