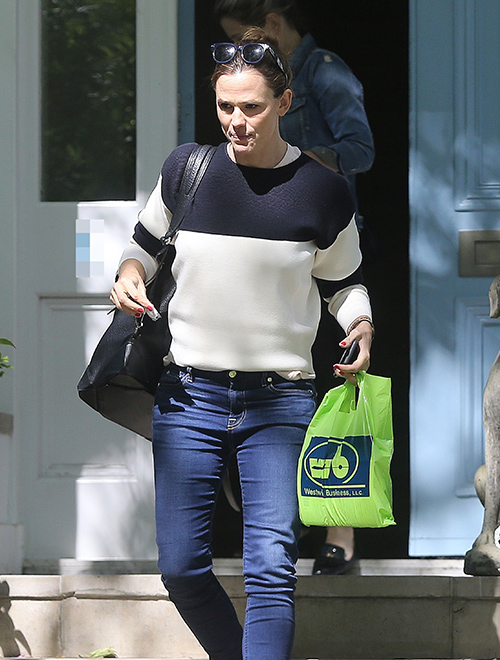 Jennifer Garner is pregnant with a baby boy and Ben Affleck is the father? That’s what the latest reports claim. But that doesn’t seem to be true. Anyone hoping for a Ben and Jennifer reunion should stop hoping.

Ben and Jennifer have given numerous signs that they are not ready to move on after separating in June 2015. Neither has filed for divorce. Ben reportedly hasn’t moved out of the couple’s home. The family of five has been on vacation together a few times and just spent a month or so in England and France.

Need more signs? Jennifer and Ben reportedly had been seen out on a few romantic dates before leaving for Europe and Jennifer publicly called Ben the love of her life in an interview.

OK! Magazine reports in its most recent issue that Jennifer and Ben have been hooking up here and there. The couple wasn’t planning on getting pregnant, but, alas, Jennifer did. Even if the couple is hooking up, they’ve got to be smart enough to know how to prevent an unplanned pregnancy.

There have been numerous reports that Jennifer Garner and Ben Affleck are expecting a fourth child. As far back as September 2015 it seems! Doing the math, Jennifer would be 8 months pregnant now – which means the new baby would arrive any day now.

Jennifer probably isn’t pregnant, though on a recent trip in Europe, it did appear Jennifer was hiding a baby bump. Sure, Ben and Jennifer may say publicly, through their representatives, that they are just effectively co-parenting Violet, Seraphina, and Samuel. But do co-parents really spend that much time together?

Isn’t it rather odd that neither has filed the paperwork to get the divorce rolling? Ben and Jennifer have been separated for nearly a year now, maybe even longer. Jennifer said that the couple separated long before allegations that Ben cheated with nanny Christine Ouzounian started.

June 29 will mark Ben Affleck and Jennifer Garner’s eleventh wedding anniversary. Let’s wait and see if the paparazzi snap a few photos of the couple out on the town that night. Or, Jennifer and Ben may decide to stay home and celebrate privately. A reunion may still be in the cards for all the aforementioned reasons.