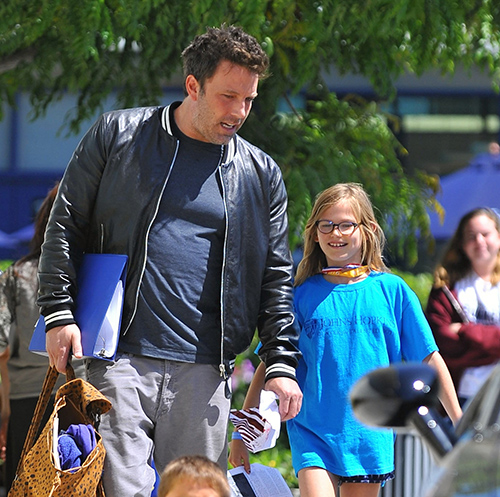 It has been over a year since Jennifer Garner and Ben Affleck announced their split in June 2015. However, the couple has still not filed for a divorce and avoids discussing the nature of their separation.

According to TMZ, even though the couple has been separated for over a year, they have not done anything to end their marriage. Moreover, it is common for the paparazzi to spot the couple together, enjoying family time. In fact, the “Batman Vs Superman” star has not yet moved out of the house and was even seen kissing Jennifer Garner once.

The cause of their split was reportedly Ben Affleck’s indiscretion with their children’s nanny. However, Ben isn’t ready to end the marriage just yet. “They’re still figuring things out,” an inside source close to Jennifer told People magazine. “Ben still doesn’t want the divorce and he might actually get his way.”

This news seems credible since, recently, the 43-year-old actor referred to Jennifer Garner as his “wife” on “Any Given Wednesday with Bill Simmons.” In fact, he also acknowledged her role in saving his career, as reported by International Business Times. However, Garner doesn’t share the same sentiment. She still denies getting back together with Ben and even laughs the question off when someone asks, reported People. The source also added that Garner is resolute about going through with the divorce.

However, TMZ noted that, according to another source, it is not exactly “impossible” for the couple to be together again. In fact, Ben continued to stay on the family property in a guest house, despite their separation. The website added that the couple hasn’t moved forward with their divorce yet because of they are co-parenting their children – Samuel (4), Seraphina (7) and Violet (10).

Even though the reports about their impending divorce have been doing the rounds, the couple was seen enjoying a holiday in Paris, according to Daily Mail. A source said that Jennifer Garner had a great time with the kids and her separated husband, Ben Affleck, in Europe. In fact, she looked much happier upon her return to L.A.

The couple, who has three children together, married in 2005 after they worked together on a movie, “Daredevil,” by Marvel Universe in 2004. Even though the couple announced their split a decade later in 2015, they are still far from filing the divorce papers. Sources say that the cause of inaction in dissolving their marriage is their three children.