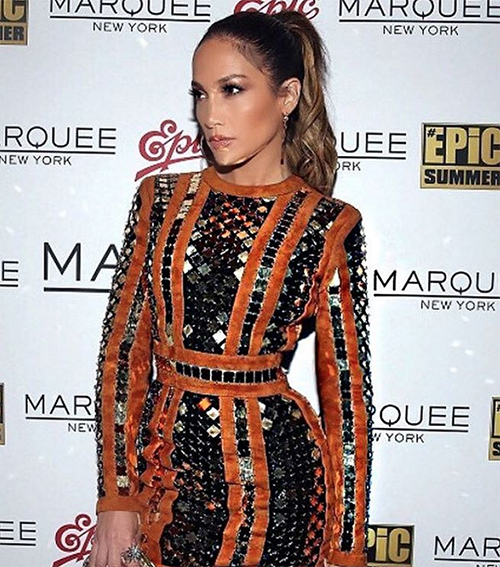 It shouldn’t come as a surprise to anyone that Ben Affleck and Jennifer Lopez are both single again, and at the same time, too. Even though Ben Affleck and Jennifer Garner have been separated for well over a year now, they are still co-parenting their children together. But spark in their romance is long dead. And that’s probably why Ben Affleck is supposedly reaching out to Jennifer Lopez, now that she too is single and no longer dating her on-again, off-again beau, Casper Smart.

According to Star Magazine, Jennifer Garner allegedly caught Ben Affleck texting Jennifer Lopez behind her back during a recent family trip to Montana to celebrate the actor’s birthday. One source dished, “Jen couldn’t believe that Ben would contact J.Lo – it really sent her into a tailspin. They were having a blast [on Ben’s birthday in Montana, but Ben kept slipping away to check his phone – and Jen eventually began to wonder who it was he felt compelled to contact so often. Everyone thought she and Ben were on the road to reconciliation. But his reaching out to J.Lo made her question what’s really going through Ben’s mind, not to mention his heart.”

If Ben Affleck was indeed texting Jennifer Lopez during his birthday weekend, it shouldn’t come as a surprise to anyone. After all, if there’s one person who Ben Affleck has desired and lusted after throughout the years it’s been Jennifer Lopez.

What do you think, CDL readers? Do you think Ben Affleck and Jennifer Lopez should get back together again? Should Jennifer Garner finally grant Ben Affleck the divorce he’s always wanted? Let us know your thoughts below.

@HenryCavill, I’m flattered. I didn’t know you were such a fan! We know #WhoWillWin. Check out the full video on Facebook.com/BenAffleck.