Jennifer Lopez Cruising For New Boyfriend: JLo Out and About After Dumping Casper Smart 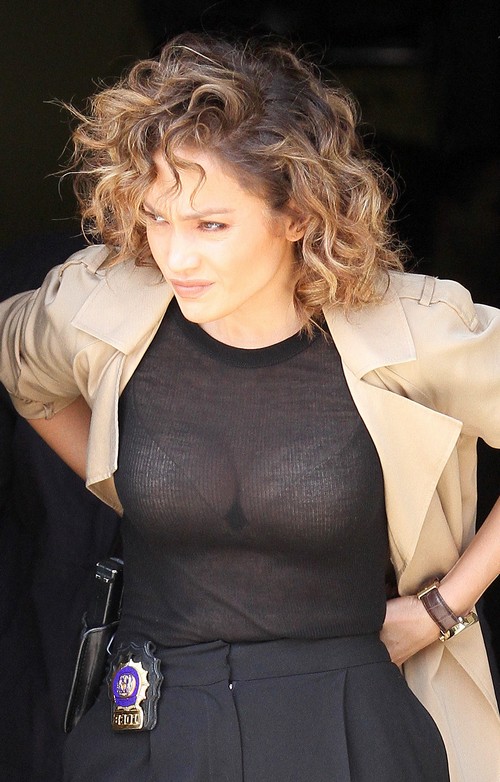 Jennifer Lopez didn’t lose anytime stepping out in New York City looking good after the singer’s breakup with Casper Smart. Does JLo already have a new boyfriend or is the singer just trying to show Casper what he’s missing before taking him back?

It was really stupid of Casper to skip out and leave JLo without a date for Ron Perelman’s fundraiser in the Hamptons on Saturday, August 20. Instead Casper headed to Vegas for UFC 202, hung out with Kanye West and UFC announcer Bruce Buffer.

In photos shared by TMZ Jennifer Lopez is wearing a tight-fitting sheer black top and the singer/actresses are on display. JLo has a gun and badge on her hip – that means filming for the series ‘Shades of Blue’ second season must be underway.

Making UFC 202 a priority over a benefit in the Hamptons was stupid, but it wasn’t unforgivable. Casper didn’t cheat on Jennifer Lopez, the guy just hung out with his buddies and watched a great fight.

Bruce thinks Casper must have let Jennifer Lopez know ahead of time that he was going to UFC 202. Maybe JLo was upset that Casper stood her up, but that he choose UFC 202 over being with her that night.

Perhaps the couple just needs a cooling down period and this isn’t a breakup – just a break. This isn’t the first time JLo and Casper have called it quits. The couple always patches things up and get back together.

Jennifer Lopez is spotted rocking a see through shirt while filming scenes for ‘Shades Of Blue’ in New York City, New York on August 26, 2016. It is being reported that Jennifer has called it quits with longtime boyfriend, Casper Smart. FameFlynet