Jennifer Garner Ices Ben Affleck Divorce – Controls Estranged Husband To Better Career And Family But Refuses To Sleep With Him? 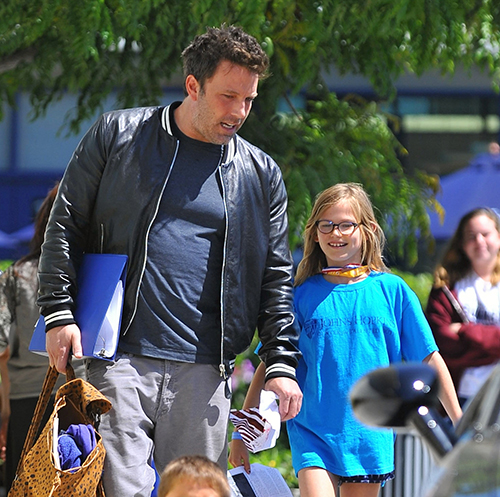 Jennifer Garner might be manipulating her estranged husband Ben Affleck, for both the sake of her career and her public image. There’s speculation that even though Ben Affleck and Jennifer Garner have been separated for well over a year now, the actress is using her ex to keep up appearances as a family even though they’ve been sleeping in separate bedrooms for months now.

It looks like she might be manipulating Ben Affleck into getting what she wants. Even though they are spending every moment with one another, the romance between Jennifer Garner and Ben Affleck is clearly dead. The couple recently visited Montana’s Yellowstone Club to celebrate Ben Affleck’s birthday earlier this month, but were acting more like strangers than husband and wife.

According to Us Weekly, one source close to the situations said, “There was a cake and they did the usual stuff: hiking and playing outside. They wanted to be together as a family. Although they didn’t sleep in the same room. And they are not getting back together.”

So does this mean that Jennifer Garner is holding on to Ben Affleck just for the sake of her kids or, worse, her image as a Hollywood wife and mother? Is Jennifer Garner leading on Ben Affleck with the false sense of hope that their romance might one day be resurrected? Or is Ben Affleck playing all of Jennifer Garner’s games knowing that if he walks away from her and their children, he’ll always look like the ‘bad guy’ in their Hollywood divorce?

Clearly, Ben Affleck and Jennifer Garner are playing the roles of their lives as husband and wife, but sooner or later their ‘acting’ will definitely cause more harm than good for their family and current situation for that matter, too.

What do you think, CDL readers? Let us know in the comments section below.