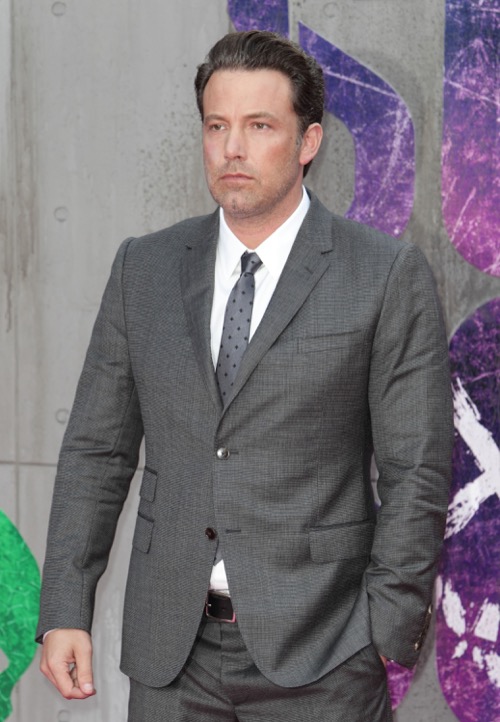 All might not be well between Ben Affleck and Jennifer Garner’s marriage these days, especially considering how odd and disheveled the actor looked like during a recent red carpet appearance. Ben Affleck apparently spent a night partying away without his wife Jennifer Garner and that’s why he looked worse for wear during the London premiere of the new Hollywood movie, ‘Suicide Squad.”

According to Page Six, eyewitnesses couldn’t help but notice how ‘odd’ Ben Affleck looked like as he suffered an ‘unfortunate zipper malfunction’ and couldn’t keep his shirt tucked into his pants on the red carpet. With Jennifer Garner no where in sight, the “Batman v Superman” star looked hung over and bloated and worse, in desperate need of an intervention of sorts.

One source even told the publication, “He looked disheveled. That picture is outside another small after-after party. It was a very late at night. It looked a lot worse than it was.”

Clearly, there must be something going on as Ben Affleck hasn’t looked this way since he was treated for his alcohol addiction back in 2001 and after his Jennifer Lopez breakup in 2004. The actor has had his fair share of ups and downs with his multiple addictions and it wasn’t until his marriage to Jennifer Garner helped him put his life together.

She can’t have Ben Affleck partying all night long while she’s back at home taking care of the couple’s three children by herself. Not only will Ben Affleck’s appearance make people wonder what he’s been up to on his own, but it will also cause him major problems with Jennifer Garner when he returns to L.A.

Tell us CDL readers, what do you think? Is Ben Affleck’s divorce making him hit the party scene again? Is Ben Affleck in danger of losing everything he has built in both his personal life and his career? Drop us a line below and of course don’t forget to check back with CDL for all the latest updates on Ben Affleck and Jennifer Garner along with all of your favorite celebrity couples right here.