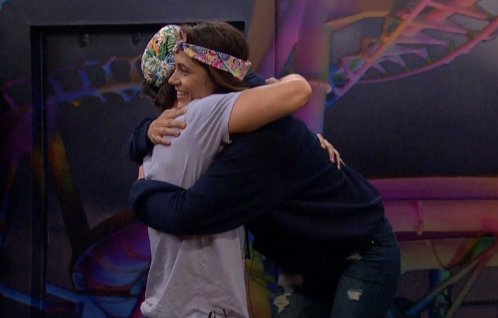 Big Brother 18 spoilers from the live feeds reveal that Da’Vonne may have made a major misstep by not taking Tiffany out of the BB18 house when she had the chance. Da’Vonne had been intentionally pitting Frank and Tiffany against one another to get out both and keep her hands clean.

But now the worst possible thing for Da’Vonne’s BB18 game has happened – her two targets have talked and figured out her whole scheme. On the LIVE eviction episode Thursday night, Tiffany’s pre-vote speech made it clear that she was coming for Frank and Bridgette if she stayed in the house.

Then Da’Vonne’s scheme to keep Tiffany in and evict Bronte went off without a hitch and, sure enough, Frank’s jaw dropped like a rock and Tiffany said that it was on from there. But Da’Vonne seriously underestimated Frank’s Big Brother game skills. 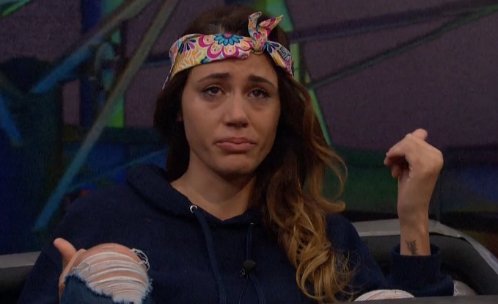 Big Brother 18 spoilers from the live feeds reveal that Frank went where no one expected – straight to Tiffany to talk things out. Frank told Tiffany that Da’Vonne came to him to tell him that Tiffany was gunning for him and that’s why he went on high alert.

Tiffany says the same thing happened to her, but in the opposite direction when Da’Vonne came to her with the revelation that Frank was targeting her. Frank then shares the news that Day told him that Tiffany had built an all-girls alliance to target him.

While there is an all-girl’s alliance – that much is true – it was not built to take down Frank but to make sure a woman wins this year. But since then, Da’Vonne cut Tiffany out of the alliance and tried to turn it into an anti-Frank organization, so a good bit of what Day told Frank is bunk. 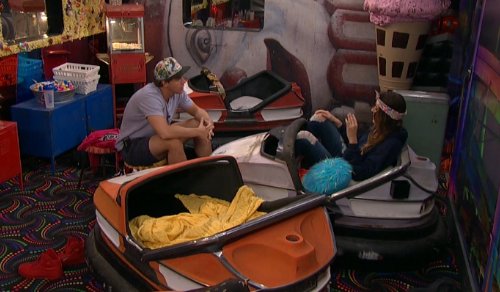 BB18 live feeds show Tiffany is shocked by this truth. Tiffany wants to work with Frank and decides to tell him the truth. Tiffany doesn’t tell him Michelle flipped on him, but gives him lots of other information.

Tiffany and Frank agree to go all out to try and win the Roadkill to put up someone else and save Tiffany from eviction. Frank says even if they can’t get her off the block by one of them winning PoV, the next best thing is to put a strong target up on the block with Roadkill. 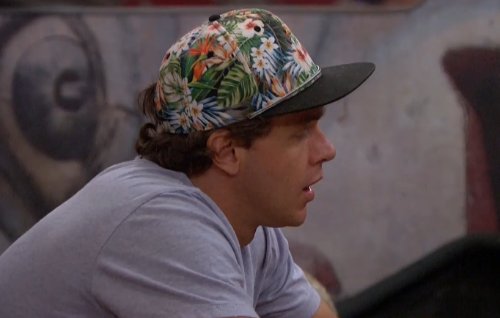 Frank tells her that he gets now why Paulie put Natalie up against Tiffany because no one in the house will vote to evict Natalie – so the RK nominee is all-important if they’re going to save Tiffany.

Frank is stunned as well, as we see in BB18 live feeds, when Tiffany tells him the eviction vote was not to save her or evict Bronte, but as a middle finger to Frank to send a sign that he’s not running the house.

Frank wants to know how the votes were split but then decides it really doesn’t matter. He has to assume that everyone except for Bridgette was working against him. He knows the rest of the house is gunning for him so Bridgette, Frank and Tiffany need to win Roadkill or PoV – but both would be better. 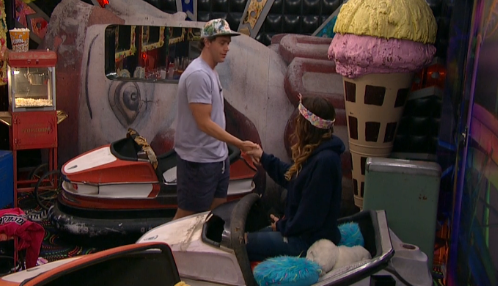 Turns out neither Tiffany nor Frank have as many allies as they thought in the Big Brother 18 house and now they’re going to hang onto each other as lifelines. In a way, though, this is an interesting and potentially winning alliance.

What do you think BB18 fans? Is Tiffany and Frank working together an alliance that could crush the house? Can they save Tiffany this week?

Share your comments below and check back with CDL often for all the latest Big Brother 18 spoilers and LIVE recaps of every episode of BB18 all season long.