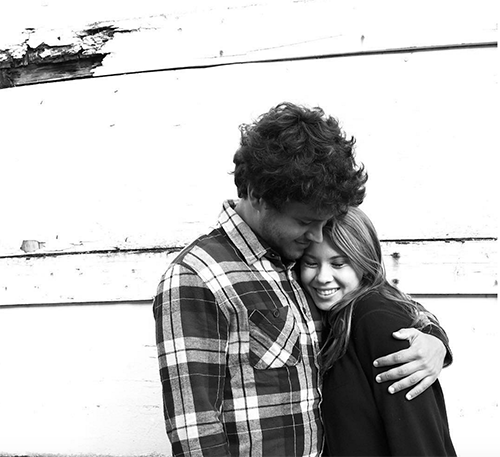 Bindi Irwin plans to get married to American boyfriend Chandler Powell on the 10th anniversary of father Steve Irwin’s death. Bindi reportedly wants to videotape the wedding for a television special to honor the Crocodile Hunter.

An insider divulged to GLOBE that Bindi has her heart set on turning “the saddest day in her life to what she knows will become the happiest.” Reportedly, Bindi believes this will be a wonderful way to honor her late father Steve.

If Bindi’s mother, Terri Irwin, has anything to say about it her daughter won’t be getting married anytime soon. The ‘Dancing with the Stars’ season 21 winner won’t be 18 until July 24 and Terri believes that is much too young for Bindi to make a lifelong commitment to Chandler Powell a source revealed.

Sources reveal that Bindi has promised Terri that marrying so young won’t stop her from taking college courses and receiving a certificate in business.

Bindi’s representative insists there aren’t any wedding plans. However, it has been previously reported that Chandler, a 19-year-old wakeboarder from Florida, proposed to Bindi after flying to Australia. The young man got down on one knee and asked Bindi Irwin to marry him as soon as she turned 18 in July. Chandler wants to get married in Fiji.

But Bindi has her heart set on September 4 – the 10th anniversary of the Crocodile Hunter Steve Irwin’s tragic passing. The insider says, “[Bindi] loved her dad and she loves Chandler. This is a way to bring both of those things together in one beautiful gesture.”

It’s still possible that Terri Irwin can change Bindi’s mind about getting married so young. Would Steve Irwin want his little girl to get married on the 10th anniversary of his death? The Crocodile Hunter would want what is best for his daughter – and hurrying into marriage may not be the right thing.

Don’t forget – Bindi Irwin has a sizable inheritance. Is it any wonder Chandler Powell insisted the couple run off to Fiji and marry the minute Bindi didn’t need parental permission to wed? Hopefully Bindi will be smart enough to insist on a pre-nup if she does intend to marry Chandler in September.