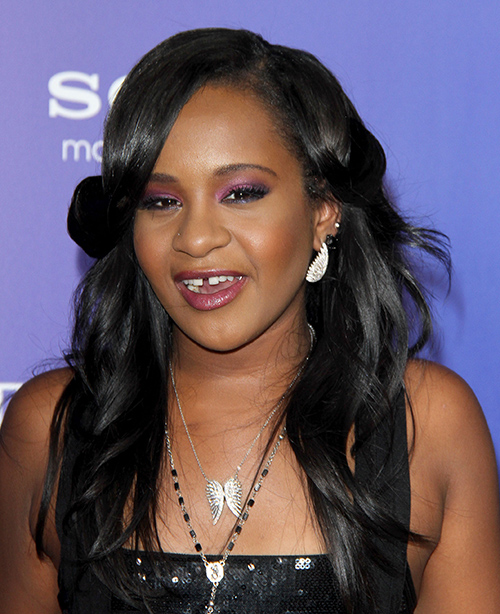 The Fulton County Medical Examiner has released the official cause of Bobbi Kristina Brown’s death. Bobbi Kristina drowned and there were several drugs in the young woman’s system. However, no definitive evidence could be found of foul play.

TMZ revealed the medical examiner’s findings – Bobbi Kristina died “due to immersion in water complicated by a lethal mix of drugs and alcohol.” Some of the drugs that could be identified included anti-anxiety medications, alcohol, morphine, marijuana and benzoylecgonine. TMZ reports that the medical examiner was unable to confirm if the morphine in Bobbi Kristina’s system had anything to do with the use of heroin.

According to the autopsy report, Bobbi Kristina’s brain was injured and the young woman’s lungs were filled with water. Pneumonia is also listed as one of the contributing factors to Bobbi Kristina Brown’s death.

Due to a criminal investigation against Bobbi Kristina’s boyfriend, Nick Gordon, the autopsy report had remained sealed. TMZ reports that an Atlanta radio station forced the judge to release the record invoking its First Amendment rights.

It seems as if there is no definitive way to prove Bobbi Kristina’s death was accidental or intentional. Therefore, there might not be any further criminal investigation against Nick Gordon.

But that’s not going to necessarily stop the $40 million wrongful death lawsuit Bobbi Kristina Brown’s estate filed against Nick Gordon. The lawsuit alleges that Nick supplied the drugs to Bobbi Kristina – and now the estate has proof from the medical examiner that that lethal combination of drugs contributed to Bobbi Kristina’s drowning.

Bobbi Kristina’s father, Bobby Brown, issued a statement through his attorney following the release of the autopsy report. Bobby Brown said that it’s “unsettling and mind-blowing” that his daughter’s autopsy results were released to the public.

In the statement Bobby revealed he will “continue efforts with the civil lawsuit in [Bobbi Kristina’s] death and the criminal investigation.

The autopsy report was released on what would have been Bobbi Kristina Brown’s 23rd birthday.