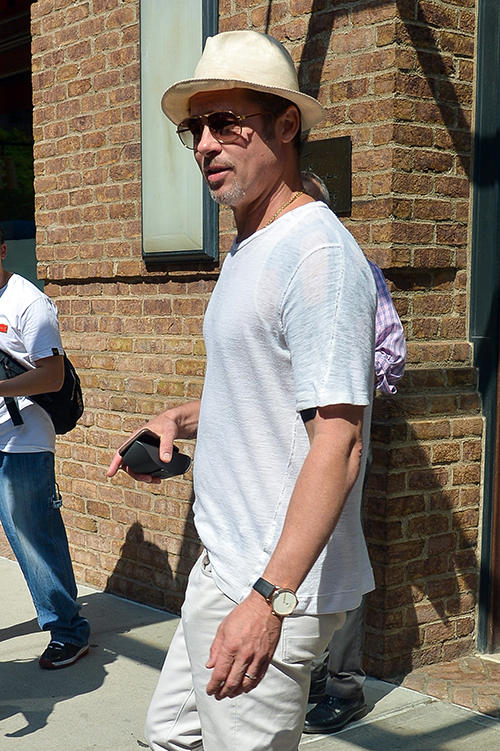 Brad Pitt might be leaving Hollywood for good. There’s new speculation that Brad Pitt’s retirement might be here sooner than later, as the actor is reportedly investing in a $1.5 billion dollar eco-friendly resort in Croatia.

Brad Pitt has long hinted that he is no longer interested in Hollywood and filmmaking as both he and his wife, Angelina Jolie, have managed to live their life away and well hidden from the public spotlight. In fact, Brad Pitt and Angelina Jolie are rarely seen together during red carpet events or anywhere near Hollywood for that matter, too. So it should come as no surprise that Brad Pitt is looking to retire from the limelight altogether and invest his fortune in a new project instead.

According to People Magazine, Brad Pitt is looking to invest in a $1.5 billion dollar real estate development on the Adriatic coast in Croatia. The 52-year-old actor was reportedly spotted on a small boat cruise near the Biograd and Sibenik coastline near the tourist-friendly Split this week.

If Brad Pitt does indeed become an investor for the resort project, this will further indicate that he is no longer interested in chasing any more Hollywood dreams. Unlike other big screen stars like George Clooney, Matt Damon, and Ben Affleck, Brad Pitt knows that his days in Hollywood are numbered and that there’s a good chance that he won’t be getting the same film roles and offers he received during the peak of his popularity.

Brad Pitt doesn’t want to spend the rest of his Hollywood career making mediocre films that will not only tarnish his reputation but bomb at the box office as well. Brad Pitt and Angelina Jolie know the feeling all too well after their last film together, “By The Sea,” was universally panned by critics last year.

Even though it’s pretty clear that Angelina Jolie is still willing to give her Oscar dreams another shot, Brad Pitt already has one foot out the door when it comes to filmmaking. Several years ago, Brad Pitt told the media that he always hoped to retire by the age of 50 and now that he’s 52, it’s evident that he’s no longer interested in continuing his career in front of the camera. In fact, many critics will agree that it’s the smartest move he’s made in a very long time.

Tell us CDL readers, do you think Brad Pitt is retiring from filmmaking? Let us know what you think in our comments section below.