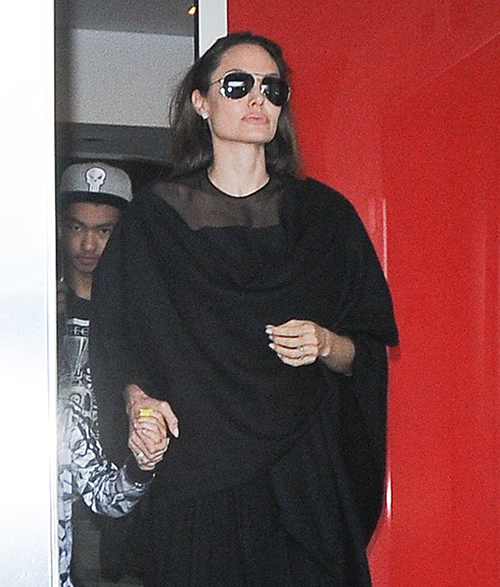 Angelina Jolie and Brad Pitt’s marriage isn’t your typical Hollywood union. Brangelina has a reputation to uphold as Hollywood’s golden couple and that’s why they are working hard to avoid a divorce despite speculation that the passion in their sex lives has long evaporated. Angelina Jolie and Brad Pitt haven’t had any hit movies in the last few years, yet they still command A-list attention everywhere they go.

Yet, unlike George Clooney and Amal Alamuddin or even Jennifer Aniston and Justin Theroux, Brad Pitt and Angelina Jolie are rarely spotted together on a date night or with each other by themselves, for that matter. According to Us Weekly though, the couple is trying to fix that fact as they took time away from their six children to ignite some romance again on the night of their second wedding anniversary. Brad Pitt and Angelina Jolie apparently spent a night at a five-star resort for some much needed hotel sex in hopes that it will help spark a fire again in their marriage.

One source told the publication, “It was just the two of them. They had dinner and spent the night, and that was it. They left the next day.”

Whether or not their night of passion worked remains to be seen. Of course, Angelina Jolie’s obsession with her public image has no doubt caused friction for the couple. Angelina Jolie’s competitive nature means she always needs the spotlight on her, whether she’s on the red carpet or on secret overseas trips making statements about the ongoing refugee crisis in the Middle East and Africa.

Considering how Angelina Jolie’s Hollywood career is over, the only thing the actress has left is her public opinion and that’s why she’s not willing to pull a Brad Pitt divorce just yet. Angelina Jolie will no doubt fight hard to bring the passion back to her marriage, even if she has to fake it both on and off the cameras.

Tell us CDL readers, do you think Angelina Jolie and Brad Pitt’s marriage has a chance of surviving? Is a Brangelina divorce going to happen sooner or later? Let us know your thoughts in our comments section and of course, check back with CDL for all the latest updates on Brangelina and all of your favorite celebrities right here.