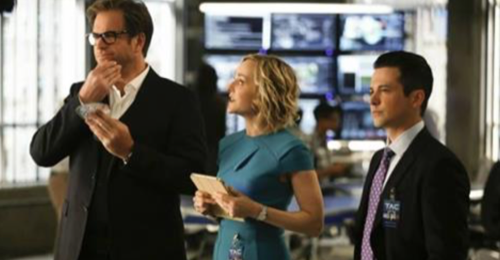 Tonight on CBS their new drama Bull inspired by Dr. Phil McGraw airs with an all-new Tuesday, October 25, 2016, episode and we have your Bull recap below.  On tonight’s Bull season 1 episode 5, Marissa, (Geneva Carr) Cable (Annabelle Attanasio) and Danny (Jaime Lee Kirchner) try to persuade Chunk (Christopher Jackson) to let them investigate a new guy he wants to date.

Did you watch last week’s Bull episode when Bull (Michael Weatherly) and Trial Analysis Corporation (TAC) helped a young woman fight a drug patent lawsuit, they were forced to travel to Callisto? If you missed it we have a full and detailed Bull recap of the last episode, right here.

On tonight’s Bull premiere episode as per the CBS synopsis, “When the parents of a murdered socialite attempt to hire Bull to help prosecute their daughter’s working-class fiancé for the crime, Bull turns down a major payday when he chooses to help defend the fiancé instead. Also, Marissa, Cable and Danny try to convince Chunk to let them investigate the new guy he wants to date.”

Chunk is going on a date and the girls want him to do a background check, but he wants things to happen organically. They are interrupted when Bull gets a job offer by text – a rich girl named Leila was at a charity event when she was murdered outside after an argument with her fiancé of 2 weeks to a line cook named Richard. The parents want him locked up. They have no idea how he managed to talk Leila into accepting his proposal.

Bull meets with Leila’s parents and the prosecutor. No-one saw the murder. Richard has confessed, but Bull doesn’t believe he is guilty. He was held for 11 hours and was badgered into a confession. Bull gives up Leila’s case, he wants to fight for Richard.

Bull and Marissa, who thinks Bull is crazy, head to the jail to meet Richard.

Richard confessed because he was in a fog. He feels guilty Leila was in the street alone, it’s his fault that she was out there. Bull officially takes the case.

Cable is looking for the dirt on Chunk’s date and things look juicy. They both get put on film duty and must comb through the confession tape for clues.

Danny goes out to the crime scene to take a look around. She finds red jewel-like object that the police missed.

Bull brings Richard a snack, a bag of ingredients to make them salmon tartare. He whips it up while telling Bull and Chunk how he met Leila.

Jury selection begins.  They manage to get 9 jurors with 3 that will be a challenge. Danny meets Bull outside and shows him her evidence that Leila’s head must have been slammed against the garbage container pin. Leila’s parents come running out. They are mad. Bull takes one hit to the jaw after Leila’s dad releases a punch.

Bull’s game plan – to prove to the jury that Richard was coerced and suffered from mental exhaustion. Richard’s lawyer pulls off swaying all but 2 of the jury. Bull is going to teach Richard how to deal with the jury when he gets on the stand.

Bull holds a mock interrogation with Richard who fails miserably but comments that the officer who forced him into a false confession said that Leila’s body was dragged. Why would he share that information with Richard but not put it in the police report? Bull thinks he is protecting the real murderer or hiding a witness.

Murphy does well on the stand, but admits that he has an informant. Bull and the team still needs to sway 3 jurors.

The next day at court Bull finds himself stuck (wink, wink) in an elevator with some of the jury members. They get a little crazy when the attendant tells them it will be a few hours. Cable hits the break release and they all freak. It looks like Bull has swayed the others.

The jury comes back in favor of Richard and Bull gets a lead on the real killer. Dominic, another member of the wait staff, was the one who killed Leila. He confesses and the team gets a large check from Leila’s dad for keeping their promise.