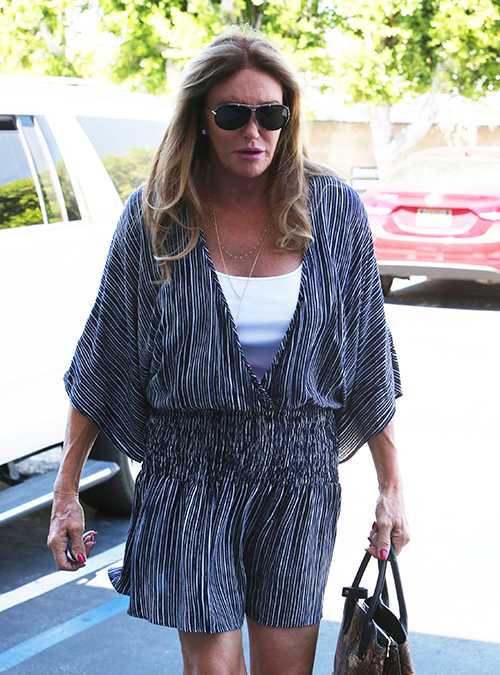 Caitlyn Jenner may have taken the plastic surgery a bit too far. We totally get that it’s not easy Keeping Up With The Kardashians,” but someone might want to reign in Caitlyn Jenner – it looks like she may actually be getting more Botox than Kris Jenner and Kim Kardashian combined.

Earlier this month, Caitlyn Jenner walked the red carpet at the 2016 Espy Awards. No one was too interested in her gown though, all eyes were on Caitlyn Jenner’s ever-changing face. It’s no secret that plastic surgery can be detrimental to one’s health, and the fact that Caitlyn is getting this much work done this late in the game is a recipe for disaster. Sure, she’s in great shape for a 66 year old, but 66 year olds’ bodies do not heal as quickly and don’t handle going under the knife as well as someone in their 40s or 50s.

Caitlyn Jenner was spotted in Beverly Hills, California on Thursday, July 21. The reality TV star was photographed leaving a meeting. With her large, dark sunglasses on, Caitlyn was nearly unrecognizable. Since her transition, Caitlyn has been evolving at a rapid pace, to the point that she doesn’t even look like the same Caitlyn that “came out” on the cover of Vanity Fair.

Now, if Caitlyn Jenner had a normal family, they would be genuinely concerned by the amount of work that the 66 year old has been getting done. But, we are talking about the Jenner’s and Kardashian’s so they probably are unfazed by Caitlyn’s ever-changing appearance. Some plastic surgeons won’t even operate on someone as old as Caitlyn, but there are some doctors out there that will operate on anyone if enough cash is tossed at them.

What do you guys think? Is Caitlyn Jenner’s plastic surgery getting a bit out of control? Is it time for someone to step in? Share your thoughts in the comments below!