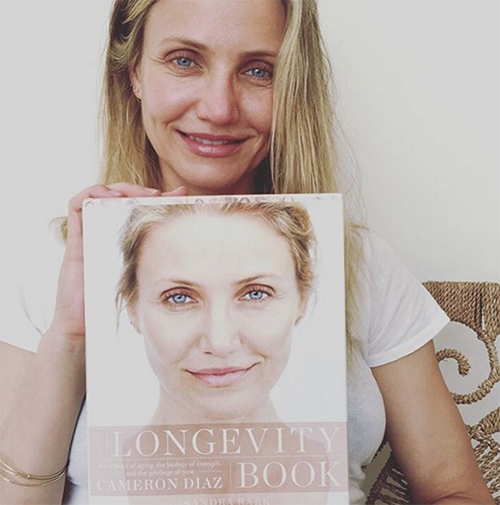 There’s a new report that says Cameron Diaz is seriously considering going under the knife to help save her sinking Hollywood career. The blonde beauty, who hasn’t had a hit movie in several years, is looking to get a little nip and tuck work done, as she’s having a hard time finding any decent roles in the industry.

According to In Touch Weekly, Cameron Diaz is so desperate to be the Hollywood star she once was, when she was still considered one of the most beautiful actresses in Hollywood. That time is of course long gone as Cameron has been struggling to find her groove back in the movie industry after a series of serious flops including, ‘Sex Tape,’ and ‘The Other Woman.’

One source close to Cameron even dished, “She’s going for consultations. She feels like she looks 10 years older, so she’s decided to get a brow lift and fillers in her cheeks and around her mouth. She realized that she needs some help in the aging process.”

Even if Cameron did go under the knife to give her career the quick fix and boost that it needs, it would be bad business for her other projects. The blonde beauty has long advocated for women her age to love themselves the way they are and for women to embrace the aging process, no matter how ugly it might sometimes be. She even wrote ‘The Body Book,’ telling her fans and readers to not give in to society’s beauty-obsessed and unrealistic standards.

Then again, 44-year-old Cameron Diaz is part of an industry that focuses on looks so much that if you don’t keep up with the latest trends, you’re forgotten about the next day. Even though Cameron is well aware that plenty of actresses her age are getting procedures done every day, she’s been hesitant to do so until now. Certainly, if she wants to continue acting in the cutthroat world that is Hollywood, she knows she needs to turn back time with the help of a plastic surgeon’s scalpel before it’s too late.

Tell us CDL readers, do you think Cameron Diaz is worried about her looks and her career? Should she go under the knife? Drop us a line with your thoughts in our comments section and don’t forget to come back to CDL for all the latest celebrity news, updates and gossip right here!

Hey team! Head over to @lareviewofbooks and check out my interview with Laurie Winer of LARB, about the #longevitybook (link in bio, which I know you know)