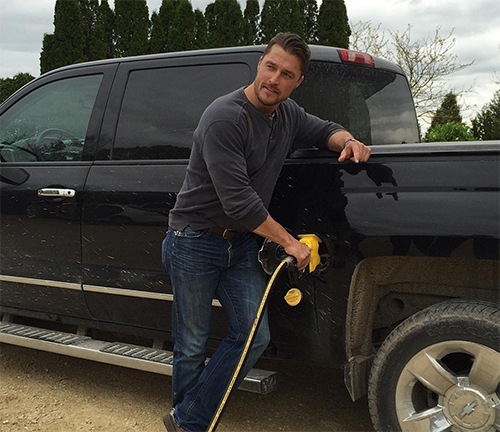 Is Chris Soules dating Bachelor Ben Higgins’ ex, Amanda Stanton? There seems to be some unspoken rule in Bachelor Nation – once you appear on The Bachelor or The Bachelorette, you are only allowed to date your fellow reality TV stars. The former contestants of the two ABC dating shows are constantly recycling each other and dating their fellow co-stars. But, one particular potential pairing has fans buzzing – Chris Soules and Amanda Stanton.

Chris Soules’ season of The Bachelor was pretty pointless, the famous farmer did not find love, but he did find a string of D-List reality TV shows and red carpet events. Apparently, Chris Soules is finally ready to stop chasing fame and begin dating again, after his bae-up with brief fiancé Whitney Bischoff. And, word on the internet is that he is dating Ben Higgins’ ex Amanda Stanton.

After Ben’s season of The Bachelor aired, everyone was so enthralled with how badly he played Jojo Fletcher that everyone seemed to forget he did a number on Amanda Stanton (who is by far one of the sweetest girls to ever be on the show). Amanda made it very clear that her two daughters were her priority – and confessed that she had never introduced any man to them.

So, what did Ben Higgins do? He went to Amanda Stanton’s hometown with her, met her two adorable daughters, spent a day playing house with her and bonding with her kids – and then he promptly dumped her. So foul …

Amanda Stanton recently attended a Wango Tango concert and hung out with some Bachelor and Bachelorette alums. But, the person she spent the most time with, according to his SnapChat, is former Bachelor Chris Soules. Sources at the concert are reporting that they were definitely acting like they were much more than “just friends.”

So Bachelor fans, do you think Chris Soules and Amanda Stanton will make a cute couple? Or will Chris Soules drop her as quickly as Ben Higgins did? Let us know what you think in the comments below and don’t forget to check CDL for all of you’re the Bachelorette 2016 spoilers and news.