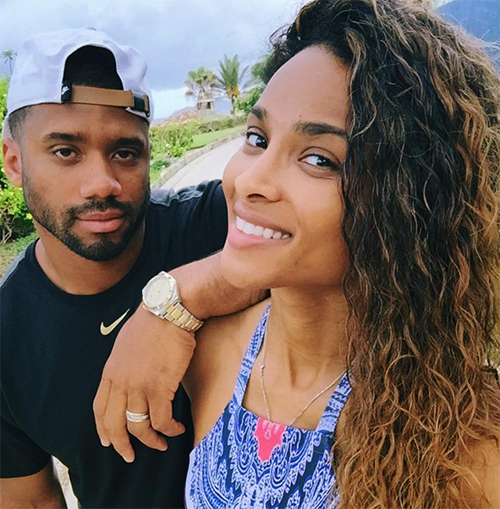 There’s a possibility that Ciara and Russell Wilson are using the singer’s son, Future Zahir Wilburn, to provoke her baby daddy and former fiancé, Future. The newly wedded couple shared their excitement over young Future Zahir’s first day of nursery on social media while the young tot’s biological father didn’t even say a word.

There’s no denying the fact that Future is none too happy over the fact that Russell is spending more time with his son than he is these days. In fact, Future even blasted Ciara last year after seeing paparazzi photos of his son hanging out with the Seattle Seahawks quarterback during an NFL pre-training camp session. Since then, Future has been forced to remain quiet because of Ciara’s lawsuit against him after he claimed that she was a bad mother. But, surely, seeing his son with another man hasn’t helped their already strained situation.

Both Ciara and Russell showed off photos of young Future Zahir on their Instagram account while celebrating his first day of school. In one pic, Russell is even holding Future Zahir in his arms next to his crib. Clearly, Russell Wilson has filled Future’s father figure shoes.

If that weren’t enough, the 2-year-old tot could even be heard calling Russell “papa” in one of the chart topper’s recent Snapchat videos. That right there would boil any father’s blood, and especially someone like Future who has made it clear in the past that Russell better not overstep his boundaries as a stepfather.

Then again, the couple knows their Instagram photos of Future Zahir only further prove that they are showing off their “happy family” image on social media on purpose. Russell knows that anytime he’s spotted with Ciara’s son, it will only infuriate Future even more.

Are Ciara and Russell Wilson using her son to fill her ex with jealousy? Is the singer trying to be spiteful towards her ex-fiance on social media? Whatever the case, it seems like every move the couple makes is a strategic one to remind Future that he’s been replaced in his son’s life. Of course, the ‘I Bet’ singer might think that she’d be winning in her long-running feud with her ex, but ultimately it will be her son Future Zahir who will end up losing out the most in the end.

Tell us CDL readers, do you think Ciara and Russell Wilson are using her son to be spiteful towards Future? Let us know what you think by dropping us a line below.

First Day of School for this Champ! #Blessing