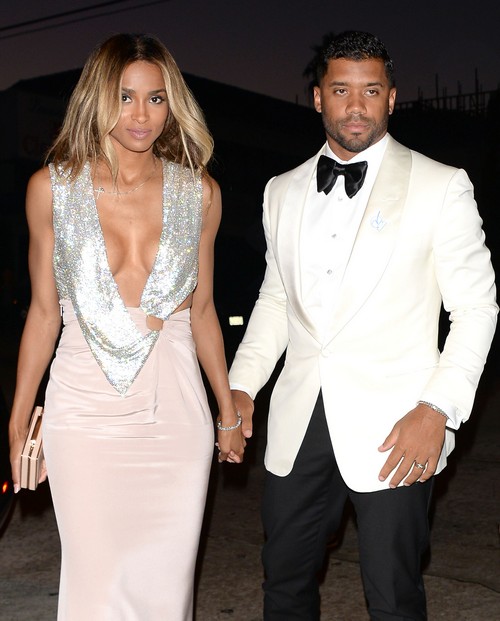 Why hasn’t Russel Wilson stepped up and defended his wife Ciara after Future’s nasty attack? Future has a message for his baby mama Ciara and apparently it’s in the lyrics of his latest song. There’s new speculation that Atlanta-based rapper Future has once again slammed Ciara in his latest hit and Russell Wilson is once again doing nothing about it.

Future and Ciara’s relationship and engagement ended two years ago after it was alleged that the rapper cheated on her three months after the birth of their child, Future Zahir Wilburn in 2014. The ex-couple was locked in a bitter custody battle of their son for months before Ciara moved on with her new boyfriend, Seattle Seahawks star Russell Wilson.

Even though Ciara and Russell Wilson have now tied the knot and have moved on from the drama in their lives, Future seems to provoke a new feud by taking a shot at his ex-fiance and the mother of his son.

According to Us Weekly, in Future’s new song titled “Hot It Feel,” many critics believe his lyrics are aimed at his ex-girlfriend Ciara. Future raps, “I made you,” while adding, “I gave you fame on the ‘gram / I put you back on the charts / I got you a No. 1 spot.”

Clearly, for anyone who knows Ciara and Future’s history, it was the “I Bet” singer who was famous long before Future was a household name. In fact, many would even go as far as saying that it was Ciara who put Future’s name on the celebrity map thanks to their tumultuous relationship.

For Future to imply that he helped “make” or even revive Ciara’s career is nothing less than preposterous as she’s managed sell millions of albums and has been in the mainstream media before Future even had his first record deal.

Of course, if there’s one person who should defend Ciara right now, it would be Russell Wilson. No man wants to hear his wife’s ex-fiance take aim at her in public, much less in song lyrics. Regardless of whether or not Future is trying to set the record straight or simply can’t let go of the fact that he is no longer with Ciara, Russell Wilson should at least make an attempt to defend his wife’s name. Otherwise, Future will continue to rap about his failed Ciara engagement for years to come.

Tell us CDL readers, do you think Future is rapping about Ciara in his latest song? Should Russell defend Ciara and demand that Future leave his wife alone? Let us know in the comments section below.

Crushin On Him. Date Night 😍