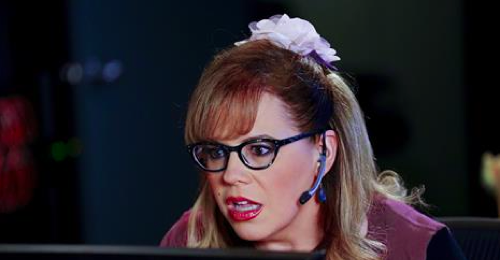 Tonight on CBS Criminal Minds continues with an all new Wednesday January 20, season 11 episode 12 called “Drive,” and we have your weekly recap below. On tonight’s episode, when bodies are discovered in public places throughout Boston, the BAU investigates whether a taxi or ride-share service.

Criminal Minds is an American police procedural television series created by Jeff Davis. Criminal Minds is set primarily at the FBI’s Behavioral Analysis Unit (BAU) based in Quantico, Virginia, and in accordance with the show’s plot, Criminal Minds differs from many procedural dramas by focusing on profiling the criminal, called the unsub or “unknown subject”, rather than the actual crime itself.

The focal point of the series follows a talented group of FBI profilers who set about catching various criminals through behavioral profiling.

On the last episode, the BAU searched for an UnSub who may be fascinated with medical experimentation. Did you watch last week’s episode? If you missed it we have a full and detailed recap right here for you.

On tonight’s episode as per the CBS synopsis, “when bodies are discovered in public places throughout Boston, the BAU investigates whether a taxi or ride-share service the victims used before their deaths could lead the team to the UnSub”

Tonight’s episode looks like it is going it going to be great and you won’t want to miss it, so be sure to tune in for our live coverage of CBS’s Criminal Minds at 9:00 PM EST! Sound off in the comments down below on how you’re enjoying this season so far!

The UnSub on tonight’s episode of “Criminal Minds” had peculiar fetish. Apparently the UnSUb didn’t just stop at kidnapping women, he went on to behead them and then place the headless corpses in public places all throughout Boston. Only he didn’t leave their heads nearby. He just kept them.

When the BAU first got this case, there had already been two victims. Lily Lang and Denise Wagner. One woman was in college and tutoring underprivileged kids and the other was a single mother just trying to get by. And so neither of them could be considered high risk based on their lifestyles. But nor were the women chosen for either robbery or because of a sexual angle.

So the guys were trying to connect them and were flying on the jet to Boston when a third victim had reportedly been found. Her name had been Amy and she had been a waitress. Though with Amy as the third victim, the BAU were able to compare all three and find a common interest. It seems that all three women had been traveling through a neighborhood called Southie.

Southie was traditionally an Irish Catholic neighborhood but recently it has been fighting gentrification. And so there had been a lot recent construction within that area. Which was a problem for the team. Especially as they knew their UnSub had been taking his victims to secluded areas.

The UnSub had tortured each of his victims. He had broken their knuckles in a continued manner in what could have been hours and then he made sure that they had all been awake during their own beheadings. So right away the team knew their UnSub had felt like it was his place to punish these people but they couldn’t guess why. Or how he was able to get into close contact with each victim.

There had been signs of a Taser burns and in order to do that the UnSub would have to get particular close. And usually strangers wouldn’t be granted such an opportunity. But as it turns out, cab drivers can just reach through the partition window.

All of the women had been known to take the train but the night Amy went missing – the train had been out. And so they questioned how she got home. Therefore, Garcia tracked her phone and that showed she had gotten home too quick for the bus. And that she had cancelled a Zimmer car right before she had gotten a ride.

So they guessed that she must have seen and hailed a cab. And while they were working on that angle, a man had been reported as missing.

He too had hailed a cab and then cancelled at the last minute as if he had seen one on the road. Only he hadn’t made it home and his cell phone had been turned off since. And, with his kidnapping, that meant the UnSub was only focusing on women.

And so the one thing that connected each of the victims is that they had all been caught doing something wrong. Amy had been arrested for shoplifting a couple of months before her death and the latest victim had told his wife that he was in a meeting when the truth was he had been in a hotel. So the cabbie must have overheard something about the other two victims but chose to elect himself as judge, jury, and executioner.

Which would explain why he would use the guillotine. Reed had figured that part out after he had taken another look at the victims and realized the clean way in which they died might be part of a ritual. Like the guillotine which used to be use in public trials.

And because they knew their UnSub had a certain knack for righteousness, the team decided to look at any scandals within their UnSub’s the hunting grounds (where he finds his victims). So they ended up finding a principal Burke that had been known for strict corporal punishment as well molesting little girls. But surprisingly Burke hadn’t faced trial. He had actually killed himself before he could.

In fact, he had killed himself right around the time the murders began. Thus his death was the trigger but the UnSub was one of his former students. And so matching the school records to anyone who’s ever driven for Zimmer was how Garcia found James O’Neil. James had apparently gotten fired after he began to threaten his passengers with bodily harm.

But it seems that James just needed to punish someone seeing how Burke never got his day in court. So Hotch had tried to use that same logic to later dissuade James from beheading his last a victim. A man that had cheated on his wife.

Only James was too far gone to understand the difference between right and wrong. And Hotch and Morgan had to rescue his last victim before he could be beheaded. So Morgan took down James and Hotch managed to save the last victim before the guillotine could come down.