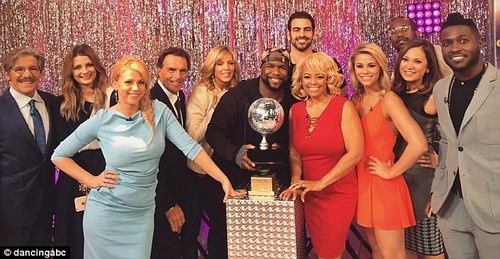 Dancing With The Stars 2016 spoilers are rolling in, and the official Season 22 complete cast list and their pro dancer partners was announced on Good Morning America. This season of DWTS will not only have a fresh new cast of celebs, but the judge panel will look a bit different as well.

Dancing With The Stars 2016 spoilers already confirmed that Good morning America Ginger Zee would be dancing on the cast, as well as Fuller House star Jodie Sweetin. Now, we can officially unveil the full cast list, which is a mix of familiar names and “Who the hell is he’s” (and we Googled them for you so you don’t have to).

Here is the complete cast list of DWTS 2016 contestants with their pro dancing partners: