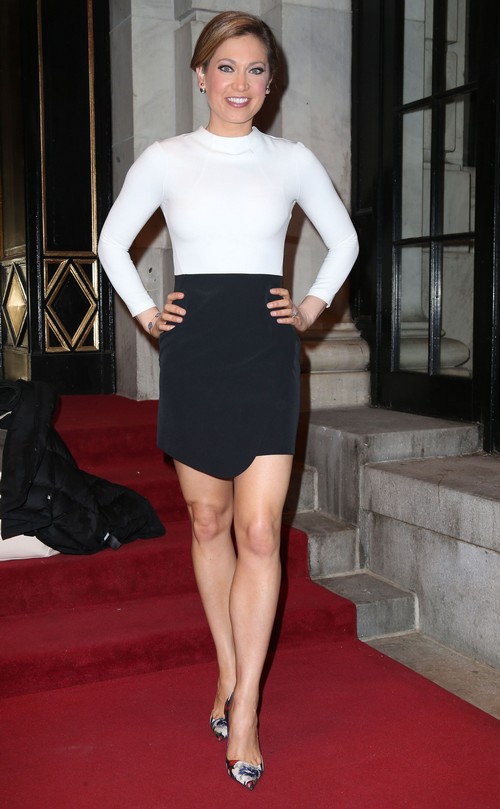 Today was a big day n “GMA” for Ginger, not only did she make her ‘DWTS’ announcement, but it was her first day back after maternity. What better way to shed the baby weight than hitting the dance floor?

Meteorologist Ginger Zee might have a bit of an edge on some of the other contestants on ‘Dancing With The Stars’ this season, she has actually danced live on ‘Good Morning America’ with some of the ‘DWTS’ pros in the past. There is a decent chance that Ginger will be going all the way this season – considering the fact that she does have a little experience, and she has the very talented pro partner Val Chmerkovskiy on her side.

So far ‘Dancing With The Stars’ Season 22 is shaping up to be a pretty exciting one. Here are the ‘DWTS spoilers that we have confirmed so far. Ginger Zee will be joining ‘Fuller House’ star Jody Sweetin – they are the only two confirmed celeb dancers so far.

Judge Len Goodman is also returning to the panel for Season 22, and coming out of retirement. Also, spoilers have confirmed that both Julianne Hough and her brother Derek Hough will not be a part of Season 22.