Dancing With The Stars Cast Member’s Salaries Revealed – How Much Will DWTS Season 22 Winner Be Paid? 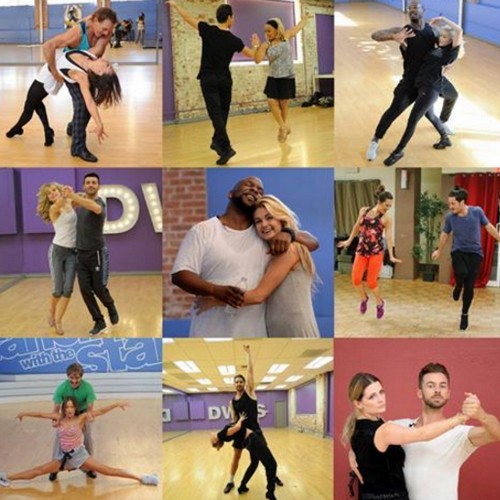 What are the salaries of Dancing With the Stars 2016 contestants? Dancing With The Stars Season 22 will have the premiere epsiode tonight Monday, March 21 on ABC – and DWTS 2016 fans can’t wait to see the all new cast of celeb dancers and their pro partners make their debut on the stage.

But, the excitement of the premiere episode seems to be overshadowed today by some documents making their rounds on the internet revealing the salaries of the celebs performing on the show.

Knowing how much these people are really getting paid to dance around in tutus on national television takes a little bit of the joy right out of it.

Believe it or not, Dancing With The Stars has a bit of a reputation in Hollywood for being “cheap.” There is a reason that you probably have never heard of half of the celebs that are performing on Season 22 – it’s because DWTS can’t afford some of the bigger names.

According to a document originally leaked by Radar Online from the ABC production company, $345,000 is around how much a celeb will make for the entire season if they make it to the season 22 finals!

So, what about the contestants that will be eliminated in Week 2 or Week 3? Well that varies hugely according to the fame and audience drawing power of the celeb. According to the report “At least one celebrity was offered a baseline of $125,000 for the rehearsals, two weeks on the air before the first elimination, and an appearance at the finale.”

It sounds like a lot of money, but its really not when you take in to consideration the full days of rehearsals and promotions they do before Dancing With The Stars even begins. Not to mention the fact that they are flying back and fourth from LA to their home base, or relocating their entire family to LA during the show.

Plus once the season is underway, they have to learn a new dance every week and perform it on live television – for what could turn out to be months!

So, DWTS fans … do you think that the Season 22 cast members are paid fairly? Is $345,000 a bit high or a bit low for the Season 22 Winner’s paycheck? Return to CDL for all your DWTS live recaps, dancing videos and news and Make sure to join our awesome DWTS Facebook Group, RIGHT HERE!