Dancing With The Stars Season 22 Judges Favor Ginger Zee: Is ABC Unfair To Other DWTS Contestants? Vote in Our Poll 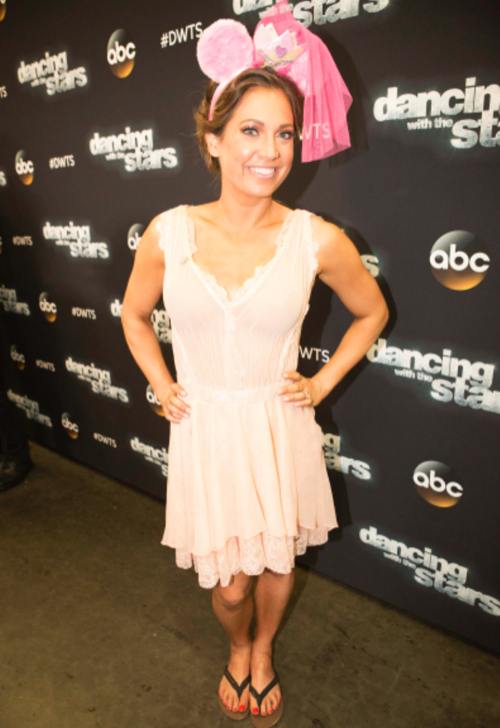 Shame on ABC for casting one of it’s own GMA anchors, Ginger Zee on Dancing with the Stars Season 22. Rewind all the way back to DWTS week one and you could already see the writing on the wall, Ginger Zee was a judge favorite coming our of the gate. Ginger has been so overrated from the start, not entertaining at all and certainly not memorable or outstanding or deserving of all the high scores.

On Disney night, Ginger and her partner, Val Chmerkovsky had to dance the foxtrot to “Belle” from Beauty and the Beast. The dance was over scored and there was no foxtrot. In fact, the whole performance didn’t even look like a DWTS dance, there was a 35–40 second part where there was no dancing whatsoever.

Even a couple of weeks ago on Dancing With The Stars, Ginger’s interpretation of Janet Jackson’s “Nasty” fell flat, judge Bruno Tonioli said it was not “Nasty” at all, yet Ginger was still given high scores.

Then there was the whole “paddle gate” where Nyle was robbed of his high score and as we approach the finals, I can’t help wonder if this is just another way that ABC is trying to help Ginger Zee make it to the Top 3?

On DWTS Week 7  Carrie Ann called out Keo for his misstep, yet she mysteriously ignored Val’s blunder on Week 8. In fact, on Good Morning America, Val admitted he made the misstep – yet all three judges didn’t see it? Seems unlikely to me and if you call out one pro, you should call out all of them, or don’t do it at all.

ABC casting one of their own is an obvious conflict of interest plain and simple. The judges scoring is influenced by the fact that they and Ginger Zee, work for ABC and it is not fair to the other contestants who are working very hard who are not getting the praise and scores that they deserve.

Also, many fans have remarked on social media that they are turned off by Ginger Zee’s smug attitude – like she’s better than everyone and knows the fix is in! If Ginger wins The 2016 Mirror Ball Trophy there will be a revolt amongst dedicated DWTS fans. Please tell us in the comments what you think about this. Come back to CDL for all your DWTS news, views, dances and recaps!