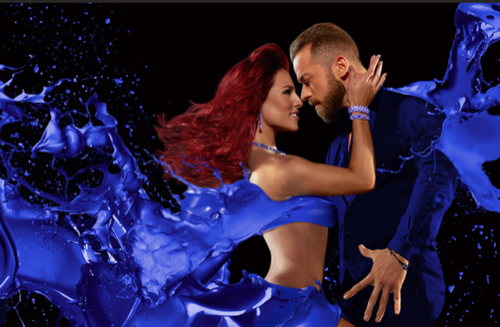 ABC’s Dancing with the Stars (DWTS) have revealed the names of eight of the pro-dancers who will appear in Season 23. The names were released exclusively on Good Morning America, with Val Chmerkovskiy revealing it all.

Val Chmerkovskiy is a fan favorite and a Mirrorball Champion, who will be joining the cast for the upcoming season. Also in the cast are Witney Carson, (who won first place in season 19 with dance partner, Alfonso Ribeiro), Sharna Burgess, (who was runner up in season 21 with dance partner, Nick Carter), Artem Chigvintsev, (who won 1st place in Strictly Come Dancing with partner Kara Tointon). He also performed in 3 seasons of Dancing with the Stars and received 6th place with partner Lea Thompson.

Dance pro, Lindsay Arnold was one of the finalists on the 9th season of So You Think You Can Dance. In Season 16 of DWTS, Lindsay joined the show and was the second youngest professional dancer in the show’s history, (Julianne Hough was the youngest at 18-yrs-old).

Allison Holker, who also appeared in the dance competition So You Think You Can Dance, where she was a contestant in Season 2, and all All-Star in Season 7 through 11. In 2014, it was announced that Allison Holker was one of the 12 professional dancers for the 19th season of DWTS. Allison and her partner Riker Lynch were runner up in Season 20.

Sasha Farber first appeared on DWTS as a troupe member in season 14, but was promoted to Pro- Dancer in Season 17, where he was paired with Jersey Shore’s Snooki.

Last, but definitely not least, we learn that Gleb Savchenko is returning. In 2012, Gleb was on the Austrailian version of DWTS. In 2013, Gleb was a professional dancer on the US versions of DWTS, where he was partnered with reality star, Lisa Vanderpump. In 2015, Gleb was on the Russian version of DWTS and he also performed as a pro dancer on BBC’s ballroom dancing show, Strictly Come Dancing. It had been announced last week that he would be returning to Dancing with the Stars, once producers promised that they would take care of his wife, Elena and daughter, Olivia.

Who are you excited to see back on the show? Who else do you think will be added as professional dancers and who are your top picks for the celebrity participants?